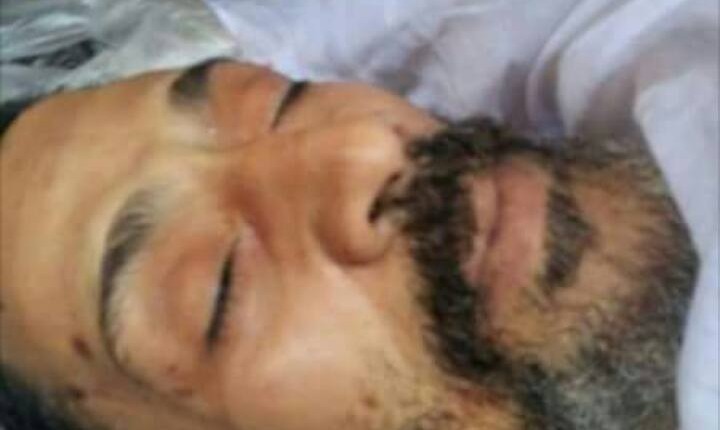 Similar to other cases of police brutality in Egypt’s detention centres, the family of Magdy Khalil, a 50-year-old vendor, accused a captain in the Al-Amaryia police station of torturing their relative to death after his arrest.

The family’s lawyer, Ali Al-Halawany, said that Magdy was arrested on Sunday while driving a cart with two of his friends. The family learned about the death on Monday and decided to transfer the body to Al-Zaytoon hospital, where they found signs of assault and torture on his body.

He added that they then transferred the body to the Zienhom mortuary, where an autopsy took place. He expects the report will be issued within a week.

The incident shouldn’t be politicised, he clarified, adding that the victim is a Copt. “If he has committed a crime, he should be penalised accordingly, and the perpetrators should be held accountable.”

On the other hand the officials gave different and contradictory narratives about the incident. The Ministry of Interior’s media office said that Khalil fainted in the police station and died while he was being transferred to the hospital.

Meanwhile, the General Prosecution was quoted by state-run newspaper Al-Ahram as saying that Magdy died when the cart he was driving, along with two other companions, crashed as they were being chased by the police.

It was also claimed that Khalil was in possession of an amount of narcotic bills. The ministry said it will investigate the incident.

After the incident, riot police and security armoured cars surrounded the police station fearing retaliation from the family of the victim.

A member of the family contacted Daily News Egypt through social media, although he requested anonymity fearing harassment by the police.

He said that at first they feared that Khalil died in a car accident. But after asking, they found that he was dragged to the police station after his cart crashed by accident into a microbus carrying police officers. The relative added that Khalil was beaten and dragged on the floor, and tortured with fire.

“They are forcing the witnesses to say that he died naturally and argue that the whole incident is a raid on drug dealers,” the relative added.

A video circulating online showed the body of Khalil. The footage showed blood coming from his back and from his anus.

Cases of death in detention are dealt with secrecy by security forces and the prosecution. The ministry doesn’t release public statements about such violations, but only gives statements to journalists on condition of anonymity.

Usually statements on that topic argue that the prisoners died naturally before the start of any investigations. On the same lines, the prosecution only releases statements to state media.

The prosecution reports only go public when the police violation stirs nationwide controversy, such as the storming of the Press Syndicate.

Police officers detained for involvement in torturing man to death