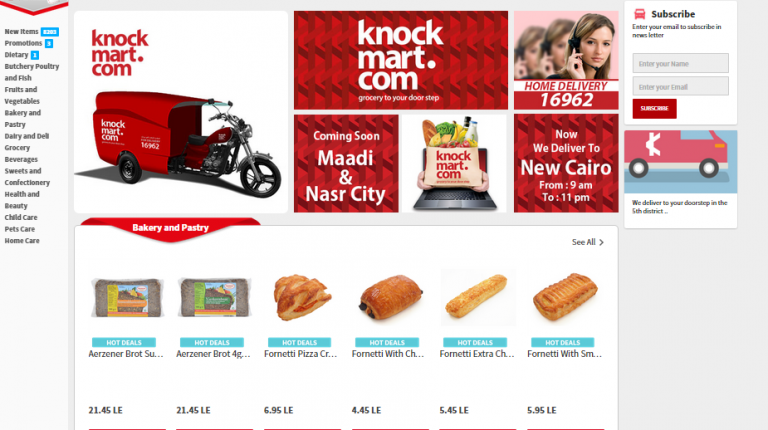 Hong Kong, Shenzhen, Singapore, Jebel Ali, Hamburg, Rotterdam, Tangier, and Panama are waterways that brought about major changes for their countries. However, the oldest waterway, the Suez Canal, has maintained its position as one of the world’s most important waterways since its opening on 17 November 1869.

These other waterways around the world have managed to boost their country’s economies in sustainable ways, something that Egypt is seeking to tap into amid an economic downturn and the start of its economic reform programme.

Developing the Suez Canal area is one of the main projects President Abdel Fattah Al-Sisi said that he will implement to boost Egypt’s economy.

Yet, over the past two years, experts argue that Al-Sisi has done nothing tangible to attract investment to the area.

Two years ago, the president announced the new Suez Canal national project which, besides developing the area, would increase income in the area, create jobs, and boost the economy. However, the future of the area is still unpredictable.

On 19 September, head of the Suez Canal Authority Mohab Mamish said that the Suez Canal Area Development Project will be underway in 2017. Coupled with the expansion works that will be carried out by the authority, the development project expects to bring in higher revenues.

Mamish said that the value-added projects will be implemented next year, in order to control the impact of world trade on the canal.

At the top of these projects lies the establishment of an arsenal in Adabiya port to manufacture ships in partnership with the Armed Forces National Service Projects Authority (NSPA), said Mamish.

However, experts are not totally satisfied with the government’s efforts in the national project. The government is running behind in developing the Suez Canal area and investors are not sure whether investing is a good idea or not.

The government must also fix certain laws to reduce bureaucracy and to attract investors, because Egypt’s investment climate is hardly attractive at the moment, said Tawfik.

Tawfik believes it’s necessary for the government to provide concessions to investors in order to attract their investments to the Suez Canal area.

At the present time, the government is late in developing the area, and the Suez Canal and Sinai are very sensitive areas. It takes time for the military to check and revise the contracts of every project in both areas to make sure that all is in order. However, there’s no transparency in what is actually going on there, according to Tawfik.

The late timing of the Suez Canal area’s development makes it difficult to evaluate the government’s work, but wasting more time adds to further potential loss for developing the economy.

The expert sees that the Suez Canal’s best projects are ship services, such as welding and supplying ships, industrial projects, and agricultural projects. Such projects could develop Sinai as well, he emphasised.

From another point of view, economic expert Medhat Nafea said the economic feasibility of the new branch of the Suez Canal cannot be compared to developing its area.

He believes that the government should be asked about their understanding of economic feasibility. Yet, Nafea recognises that the project does create jobs, which is probably the main point of such national mega projects.

The government is mainly focused on creating jobs out of such projects. Developing the Suez Canal area would lead to one million job opportunities, according to government statements.

Nafea also noted that the government must find other ways to finance its national projects, instead of borrowing.

He believes that Egypt’s external debt is not high, but he emphasised that the rate of borrowing is very scary, which explains that the government does not know other ways of obtaining finances.

Nafea then said that national projects don’t usually develop a country. He explained that fixing and developing the investment climate and creating new laws is what development is actually about, which the government must come to understand.

The Suez Canal, arguably one of the most important waterways in the world, could reward Egypt with great benefits, increase exports, decrease the unemployment rate, and develop the economy.

However, the lack of transparency regarding the Suez Canal area’s development, which the government has not cleared up until now, has raised questions a lot of questions that might negatively affect the project’s ability to attract investment.

The government isn’t telling anybody about what’s going on in the area, and are hardly promoting their own efforts towards developing the area.

Rasha Qenawy, an economic expert at the Popular Front for the Suez Canal, said that developing the area around the Suez Canal is very important, great, and amazing project that could seriously increase the canal’s income, which would help Egypt’s economy.

She described the project as a “golden bullion” that the government has yet to obtain benefits from.

Qenawy said that the popular front called on the government to buy a petroleum tanker that could provide oil products for ships, which doesn’t necessarily have to be Egyptian oil.

She believes that trading in oil products could have provided the country with important income, adding that Dubai Canal makes almost $23bn annually from supplying ships with petroleum products.

That should have been done along with digging six tunnels through the Sinai Peninsula that was being discussed two years ago, she noted. Qenawy said that there is no information about the project, explaining that Ahmed Darwish, the head of Suez Canal Economic Zone (SCZone) Authority is trustworthy man. However, she added, Egyptians still don’t know what is going on in the area.

Qenawy said that the government has to decide which projects it wants in order to develop the area. This would include projects in a maximum of three to four fields so that all of the focus can be geared towards these concentrated areas.

If the government decides what fields it wants to focus on, it would be able to understand what problems and obstacles face investors, then it would know how to solve such problems, she said.

It has long been necessary to train workers and employees that will be able to work on such projects, she noted, explaining that the government is late in developing and implementing all of these steps.

Qenawy believes that all investors want well-trained workers employed on the projects they are investing in and laws that accelerate their investments.

We hoped for better solutions and fast, yet well-studied decisions that could have created jobs and helped the country in current situations, she noted.

Since the rule of former president Mohamed Morsi, Egyptians have been hearing about the potential development of the Suez Canal area and how this could positively affect the economy. But no tangible change has been made in the area.

Daily News Egypt asked experts about the projects that would be most suitable for the Suez Canal area in order to boost the area’s income.

Aliaa Mamdouh, former economist at CI Capital, said that the Suez Canal could be a great project if the government actually paid attention.

She believes that the area could create huge profits if it succeeded in attracting investments in fields like logistic services, ports and dry ports, and storing services.

Developing the area would provide the chance to attract investors of manufacturing industries, which would significantly increase Egypt’s exports, Mamdouh said. This could happen if the government plans well for using the Suez Canal territories in the best possible way.

The income from developing the canal area would be far higher than any other canal in Dubai or Singapore, Mamdouh noted, as Egypt has the most important waterway, cheaper employees and workers, and a much bigger area than Jebel Ali area in the United Arab Emirates.

However, Mamdouh feels the government isn’t serious about developing the country, explaining that it wasted precious time by getting nothing done in reality.

She said that the law issued for the Suez Canal Economic Zone (SCZone) and hiring Ahmed Darwish to lead the SCZone Authority were good choices for establishing an independent institution for the project.

If the government seriously focused on developing this area, its income would double in just two years, Mamdouh noted, adding that it could really bring about an economic renaissance in Egypt.

She added that cooperating with McKinsey Global Institute would help the government and the SCZone Authority to develop a deeper understanding of the area’s economy in multiple sectors.

From another perspective, Omar El-Shenety, managing director of Multiples Group, agreed that the best projects for the SCZone would be the logistics services, adding that petrochemicals and mining industries are also suitable for the area.

He said that Egypt could be the gate to African markets. The government must build infrastructure that would make Egypt hold the key for opening the door to a lot of imports that want to enter Africa.

He sees that it was impossible to make any progress in the past period due to the lack of transparency and inefficient laws which hindered any new investments entering the country.

The SCZone Authority has had accumulated problems from past decades piled on its plate, which will take time for the authority to fix.

He added that the area is very special, and the government must cooperate with local and international experts to gain the best of the canal’s territories.

I expect stability in the foreign exchange market by early 2017: prominent banker