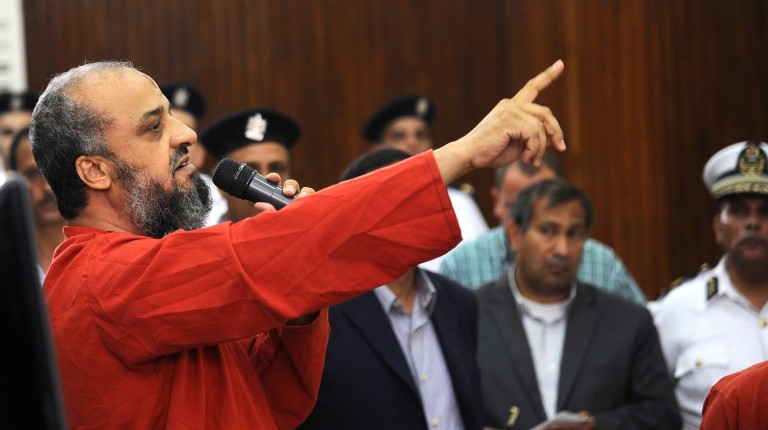 Cairo Criminal Court put the trial of the Muslim Brotherhood Guidance Bureau on hold until the court makes a final decision in terminating the judicial panel ruling in the case on Tuesday.

Two defendants, Essam El-Erian and Mohamed El-Beltagy, earlier submitted a request urging the judicial panel be removed due to previous personal conflicts with the Brotherhood.

The appeals court accepted the request after a first-degree verdict sentenced the defendants to life in prison in Febuary of 2015. Following the verdict, the appeals court ordered the retrial of defendants in the case and referred it to the court of cassation.

The defendants include a number of Brotherhood senior leaders, including Khairat El-Shater, Saad El-Katatni, and eight others. They are charged with supplying anonymous men with weapons, amour, and explosives to use against protesting crowds, deliberately targeting them.

The Brotherhood’s headquarters, known as the Guidance Bureau, witnessed clashes between protesters and Brotherhood members during the 30 June uprising that left 12 dead and more than 90 injured.