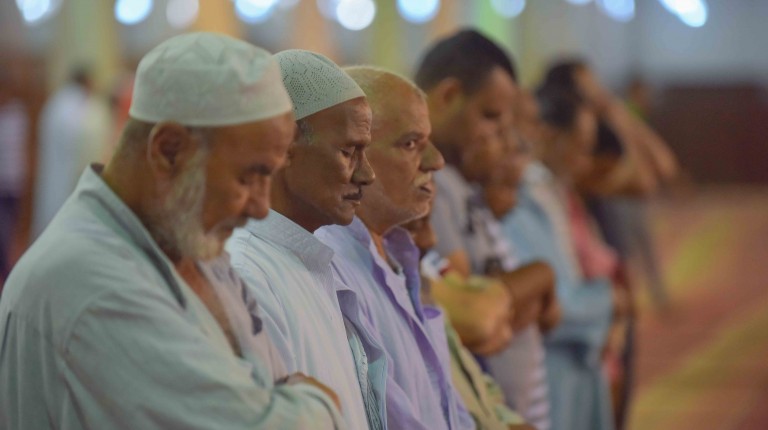 Mansour Mandour, the top imam at the Ministry of Religious Endowments, told Daily News Egypt that while he does not agree with the unified, written sermons, he does understand the court’s reasoning for approving the decision in the hopes of regulating sermons by excluding political content from them.

The imam’s statement came in response to the Administrative Court’s order on Monday to uphold the Minister of Religious Endowments Mohamed Mokhtar Gomaa’s decision to unify Friday prayers.

In its reasoning for approving the decision, the court said this is in the people’s best interests. The decision will also unify Egypt and Arab Islamic countries’ efforts to “confront deviant thoughts”, which impact the true meaning of the religion. The court also ordered the formation of a committee responsible for setting an annual plan, and to select and prepare the topics for Friday sermons.

The unified sermon decision was announced on 14 July in all mosques across the country after several meetings with scholars that took place over several weeks. The decision was not welcomed by many Al-Azhar clerics who saw it as “downgrading” their years of study and experience; however, imams and clerics from the ministry welcomed the decision and praised it.

Mandour said that the decision restricts imams’ skills in presenting and prevents them from using their studies and knowledge to raise awareness of certain issues among the people. He explained that each imam is responsible for tackling and addressing the problems particular to his community with his sermon’s—the decision will distract from this.

The top imam concluded that he hopes the decision is temporary.

An appeal filed by 80 citizens against the minister’s decision was rejected by the administrative court. They were ordered to pay the expenses from the appeal. After the uprising in 2011 and 2013, it was revealed that several imams used mosques as a platform to achieve their political goals.

Previously, Al-Azhar’s top clerics, including the institute’s undersecretary Abbas Shuman, opposed the decision, citing concerns that the sermons will lack credibility, creativity, and that this decision will distort the connection between an imam and his listeners.

On the other hand, the minister of religious endowments told members of parliament previously that a unified sermon is not meant to oppress, but rather to lead to “enlightened thinking worldwide”.

The ministry’s decision was not welcomed by the majority of imams and preachers who believe that being restricted due to mistakes of others who involve politics in their sermons is unfair; however, the ministry insisted on regulating the sermons.

The decision to standardise Friday sermons follows a string of other measures that the ministry has undertaken over the past three years to tighten its grip over religious discourse in Egypt in an attempt to regulate it.

In Cartoon: Unified sermon puts the lock on preachers’ liberty

Unified sermon is in the best interest of society: Ministry of Religious Endowments