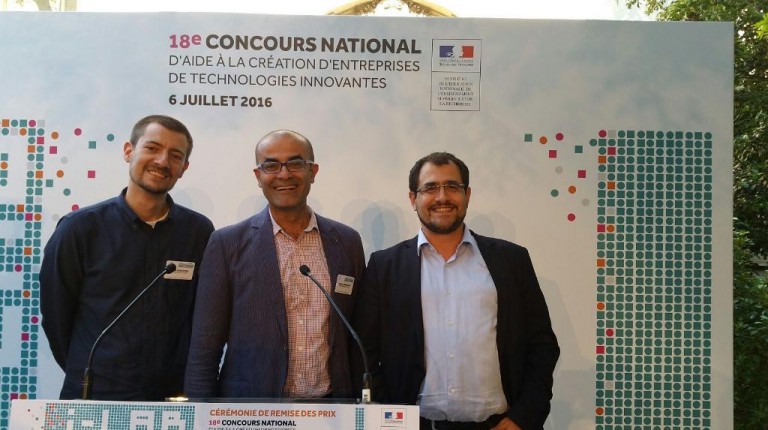 The company Seamless Waves is negotiating with a number of specialised Egyptian companies in the semiconductor sector to contribute to the new electric circuit design created by the company.

The company currently works in two directions: the first is marketing their product to obtain financing for the manufacturing stage that is expected to start in two years. The second is completing the final design and converting the product’s demo into a final one. The company has created seven demos of the new electric circuit, according to Hassan Aboushady, the company’s founder and the patent owner.

Why did you choose to design your new product for the electric circuit industry?

I’m a graduate of the faculty of engineering communications and electronics department. I worked for a year in an electronics company and was in charge of manufacturing the electronic cards—the fundamental component in electronic devices. This is what encouraged me to dig deeper into that field.

After that, I worked on my master’s and doctorate degrees in France, specialising in electric circuits.

What changes have occurred in wireless communications? And what is the role of your invention in this sector?

The emergence of smart devices and tablets has changed the shape of the electronics industry over the past six years, especially in the size of data transfers—such as the size of text messages, the emergence of applications, and the size of videos that are viewed via these devices. These are constantly growing requirements and mainly rely on telecommunications.

The example provided an opportunity for small businesses to offer mobile services without it being a huge cost. These companies are known as secondary operators. They rely on the exploitation of empty frequencies to provide mobile services through them. This model is hugely successful in France.

The move towards 5G technology is currently an easy one because it does not require new frequencies, but it requires using new mechanisms for the current available frequencies in an economical way to improve efficiency. There are devices used to research the frequencies to determine the unstacked frequencies that are required for the service to obtain the best efficiency.

Can you explain how your invention works?

What have you done after creating this invention?

Do you think that the manufacturing costs will be economically feasible compared to traditional electric circuits?

The semiconductors industry is very costly. The economic feasibility relies on the volume of manufacturing. The cost will decrease by increasing the production itself. The global market needs this kind of technology because this electric circuit is used across all modern devices.

Has the company been established?

We are close to completing the procedures to establish the company under the name Seamless Waves. The company will include me and four partners, including two Egyptians who worked with me on this invention and two Frenchmen.

How did you obtain the funding to launch this company?

We had to turn the experimental product into a real one. We participated in the i-Lab 2016 competition and reached the final stage to win funding worth ‎€200,000.

What are your plans to begin manufacturing?

Manufacturing, in its traditional definition, has become very limited around the world. The actual investment and the real value are in the design.

Currently, there are only five electric circuit manufacturers at most. These companies are based in the US, Taiwan, and Europe.

Now, we are negotiating with a number of Egyptian design companies.

We are also working on marketing our product to specialised companies to sign supply contracts.

What are your plans for the next period?

We are currently working on transferring this experimental product into a final product, after which we should contract with customers to secure enough financing to design and produce the new electric circuit, as well as develop our product. We now need approximately €1m to finance the production process for a period of 18 to 24 months. In the coming period we will attract more significant financing to expand production.

Since you have studied in France, what is the difference between scientific research in France and Egypt?

Egypt is full of brilliant minds and talented people as well as a broad base of major university professors, but we do not have an industry that can benefit from scientific research projects in Egypt. Unfortunately, the industry in Egypt is weak. The scientific research is called science of conformity because it needs funding to apply this research.

Mobile devices to be manufactured domestically