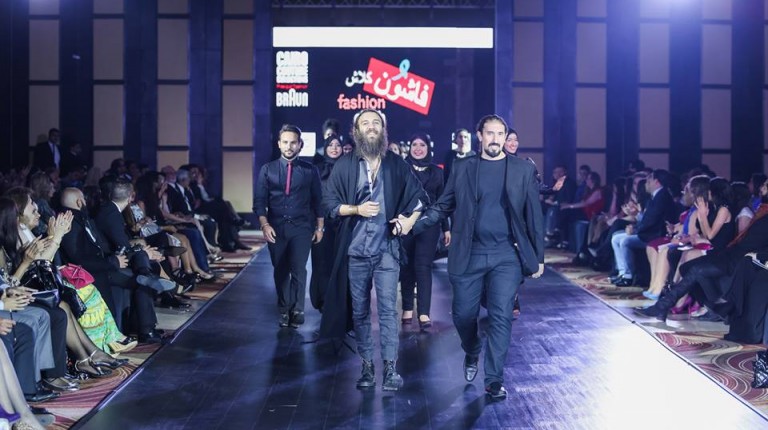 When Reham El-Sonbaty first found out she had breast tumours, life never looked the same to her. As an artist, nothing expressed El-Sonbaty’s fear, anxiety, and internal turmoil better than painting and colouring. The time she spent waiting until doctors diagnosed the tumours as benign was enough for her to decide that no woman should go through this alone.

After her relief, El-Sonbaty decided to raise people’s awareness about breast cancer, as she wanted women to discover their illness at an early stage.

El-Sonbaty found that although many TV advertisements and online campaigns tackle the same issue, none of them addressed women who were hearing impaired or have special needs. That’s when she decided to establish the Fonoun Wardeya (Rose-coloured arts) initiative.

The initiative targets women with hearing disabilities to inform them about breast tumours. Illustrated portraits with quotes written beneath them and speeches in sign language are the main core of the initiative.

Through drawings and illustrations, El-Sonbaty speaks to women who might not have the chance to understand breast cancer from the TV or radio.

“When I knew that I was sick, and before doctors told me that my tumours were benign, I started to search the internet for details about breast tumours,” El-Sonbaty said. “Even though I knew about breast cancer before, all the pictures I found online were disgusting and terrified me even more.”

“I was lucky enough to find people talking about their experiences,” she remembered.

She believes that all campaigns that nicely instruct women about breast cancer are either TV advertisements or online videos, and both do not really help women with disabilities.

Through her paintings, which include tips in sign language, El-Sonbaty helps women who are hearing impaired to learn more about breast cancer and the methods of preventing it.

“Most of the breast cancer awareness campaigns launch in October, and they consist of either lectures or activities that require moving and communicating with others. What about those who can’t move or listen, but still have the same feelings as any other woman and have the same rights?” she questioned.

El-Sonbaty’s most recent exhibition displayed 15 drawn portraits that included quotes in sign language. The exhibition took place at Adam Scout Camp in Moqattam, welcoming many women who finally found a platform that can easily provide them with information about breast cancer.

With a sign language translator and the portraits, words were barely used as a method of communication at the exhibition.

The portraits were also on sale for an average price of EGP 150. The revenue will be used to help women who cannot afford consultation or pay for medication, as well as to establish advertising campaigns for women with special needs.

The 3-year old initiative is self-funded. Yet, it reached a remarkable amount of women.

“I receive hundreds of messages from terrified girls that found clusters and don’t know what to do; just like I did,” El-Sonbaty adds. “Some of them had decided to do the self-check when they read about it in my exhibitions.”

Not only does El-Sonbaty raise awareness about breast cancer; she also directs women to checkup clinics and trusted doctors. “From my experience, I got to know many specialised doctors and hospitals that provide regular checkups. So, when a woman is seeking a doctor, I guide her in the right direction,” she said.

El-Sonbaty dreams of establishing an international organisation that provides help for women with special needs who suffer from breast cancer. This includes providing medication for those who cannot afford it, organising international sign language campaigns, and establishing a rehabilitation centre.

“In Egypt, no one cares about people with special needs, especially women. I aim to change that,” El-Sonbaty concluded.

Types of cancers worldwide in numbers