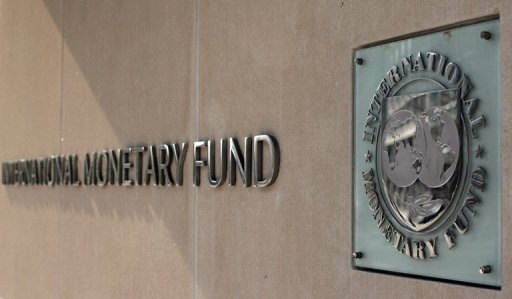 The Egyptian Federation of Investors Association (EFIA) supports the International Monetary Fund (IMF) loan, but believes that a $12bn loan is not enough to maintain the Egyptian economy, president of the EFIA Mohamed Farid Khamees said during a press conference on Tuesday.

“The IMF loan needs to be facilitated and supported with a lot of economic reforms, such as increasing taxes, activating value-added taxes, collecting old taxes, and many more,” Khamees said.

Everything must simultaneously work together to ensure that the loan is put to good use, Khamees added, or the loan will diminish in daily consumption. This can be achieved through procedures and steps that increase revenue and alleviate the budget deficit, Khamees stated.

“Taxes are never the main problem of investors,” Khamees said. When an investor decides to invest in Egypt, he considers six factors. The first, he said, is political stability, which is needed as it results in economic and social stability.

The second factor is the availability of opportunities for investment, of which there are a lot in Egypt considering the new projects under execution, the manufacturing sector where the needed resources are available, and the geographic location of Egypt, Khamees added.

He explained that the third factor is the ability to have “access to markets”, and the Egyptian market has access to around 1.4 billion people willing to buy or subscribe to goods and services. He also pointed out that while the Egyptian population doesn’t exceed 91 million, the country exports to the United States of America, Europe, and many other regions and countries, where the exported goods are exempt from customs.

Another factor would be the real estate taxation, and here, Khamees said that the country should decrease taxes.

Additionally, Khamees said that the one window policy is important to encourage investors and that “corruption comes from the overwhelming amount of paperwork and procedures”, or in other words, bureaucracy. He added that the press should help investors fight to activate this policy.

The last factor is tax benefits and exemptions, about which Khamees commented: “We, the businessmen, are asking to increase the taxes and the activation of value-added tax without harming the underprivileged.”

He also discussed a previous proposal he made for the economic reform programme regarding the imposition of a “development fee” on businessmen, millionaires, and above.

Increasing taxes will not harm investors because it will help the Egyptian economy rise, providing a safer atmosphere for investment, Khamees said.

“We are currently facing a real problem with the Egyptian economy, which is escalating as the poor get poorer and as inflation rates rise because of the greedy distributors and traders who abuse the crucial stage the Egyptian economy is in,” he stated. This problem is a symptom of the large budget deficit and the accumulating debts that amount to a large sum of the gross domestic product, Khamees added.

Bureaucracy is killing this country: CEO of WVB

SFD finances projects with EGP 16.9bn during the first half of 2016

In Cartoon: Is the IMF loan a trap?

The feasibility of Egypt’s IMF loan

In Cartoon: Egyptians unlikely to benefit from the recent IMF loan

The IMF loan: a possible success or failure?

Rise in electricity prices not related to IMF loan: Shaker

The Economist’s biased reports will not affect IMF deal: economists