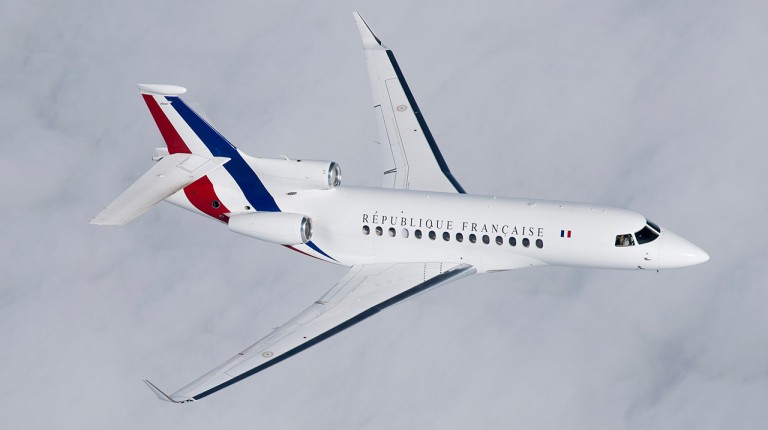 Presidency spokesperson Alaa Youssef has denied that the presidency purchased French aeroplanes worth €300m, as was recently suggested by French and Egyptian media reports.

Youssef told Daily News Egypt on Wednesday that reports published through several local and foreign media outlets claiming that Egypt had purchased four Falcon 7X jets as part of the presidency’s fleet are “not true”.

According to La Tribune, the cost of the deal reached €300m to be paid to the company that sold 24 Rafale fighter jets to the Egyptian government last year.

The newspaper said the deal is considered “good news” for the company, as the purchase would effectively contribute to jump starting the Dassault Aviation’s shrunken business aeroplanes sector.

Reports about the Falcon deal are not entirely new. In April, state-run newspaper Al-Ahram published a report that claimed a high-ranking Egyptian delegation was in France to close negotiations over three military deals.

The deals included selling warships and aircrafts, in addition to the aforementioned four Falcon 7X, but in the report they were described as fighter jets. Al-Ahram attributed to La Tribune that negotiations around these deals reached an end and they were only awaiting signature.

The Falcon 7X is a business jet manufactured as part of Dassault Aviation’s business aviation industry, which mainly produces military aircrafts like the Rafale and Mirage jets.

The Egyptian president’s fleet, used by the president and top officials during travels, reportedly includes 24 aeroplanes, including US Gulfstream and Airbus, Black Hawk helicopters, and fighter jets.