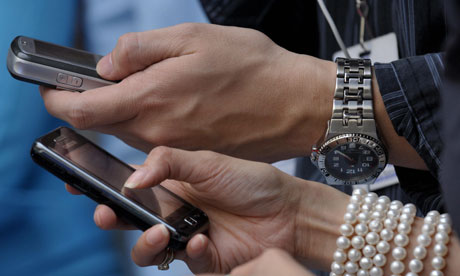 NTRA tested more than 30,000 attempts to browse the internet through Egypt’s three main mobile networks Vodafone, Orange, and Etisalat. All in all, only 12 attempts were disconnected.

Etisalat ranked first among the three networks with its high-quality internet browsing service. Of 9,900 attempts, none were blocked or disconnected.

Orange came in second place with 10,200 attempts, of which two disconnected, according to NTRA’s report.

Vodafone ranked last as ten out of 9,900 attempts to surf the internet were disconnected, while none were blocked.

In the video streaming test, the report indicated stability in the quality of service in Greater Cairo in April compared to March. More than 14,800 attempts to stream videos were tested.

According to the report, Orange ranked first in this category, as only four attempts out of 5,000 were blocked.

Etisalat came in second with 4,900 tested attempts, of which 13 were disconnected and none were blocked.

Russia uses the law to put pressure on internet users

Lynch: Facts at the speed of tweet are nice but ‘do not give us deeper meaning’

Why mobile operators do not want Telecom Egypt playing their game