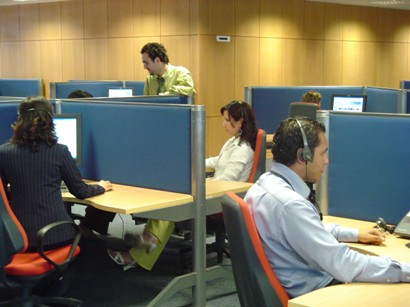 The General Authority for Investment and Free Zones (GAFI) founded 512 foreign companies in Egypt with investments amounting to $895m in the third quarter of the fiscal year 2015/2016.

A report issued by the authority, of which Daily News Egypt obtained a copy, showed that Syria established the highest number of companies between January and March 2016, with the figure recording 126 companies and a capital worth $42m.

According to the report, Saudi Arabia ranked second with 84 companies and a capital worth $151m. However, Saudi Arabia plans to establish more companies during the fourth quarter of this fiscal year, fueled by new agreements signed between the kingdom and Egypt on the sidelines of the Saudi-Egyptian Business Opportunities Forum held in April.

Back to the report, Jordan established 32 companies, putting it in third place. The report stated that the quarter saw the establishment of 22 German, 31 Libyan, 17 Yemeni, 22 British, 16 American, 14 Chinese, 10 Italian, 66 French, 13 Lebanese, four Dutch, 22 Kuwaiti, 24 Emirati, eight Iraqi, nine Indian, seven Palestinian, and seven Russian companies, in addition to three companies from each of Qatar and Ethiopia.

The service sector accounted for the largest share of foreign companies established in Egypt, with 236 new companies worth $426m. The industrial sector followed with 123 companies and a capital worth $217m.

The tourism sector attracted 21 companies and a capital worth $18m over the third quarter, despite the recession in the sector following the crash of the Russian aeroplane in Sinai in October 2015.

Cairo attracted the most new companies, where 278 companies chose the capital to inject their $278m of capital. Giza followed with 116 companies and a capital worth $258m.

Mahlab calls on French companies to invest in Egypt

Plans to develop infrastructure of 6 industrial zones: Minister of Industry