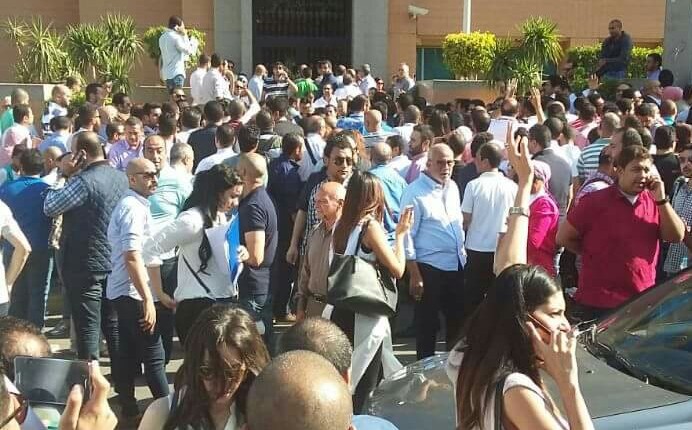 In the near future, Egypt will be a combination of two different contradictory communities located within the same boarders. Utopia, the city of virtues, is the first one, in which the elites live in an area surrounded by high walls and body guards, with only certain people allowed entry. The other community is for the unprivileged, where all its residents are beneath the poverty line and mainly survive on the need for food and drugs.

This is how Egyptian writer and novelist Ahmed Khaled Tawfik imagined Egypt in his novel “Utopia”, which was published at 2008. 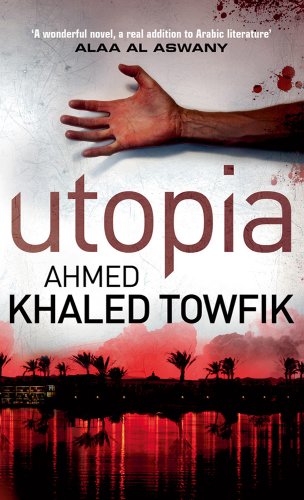 Through Utopia, readers are introduced to a frightening society, where no middle class exists and people are divided into two categories: the extremely rich and the unbearably poor. When the novel was first published, it was widely received by the public and heavily publicised. Tawfik’s thrillers, science fiction, and his very own style of satire were about worlds that would not come true; thus, people could not fathom that the ideas behind Utopia would slip into reality, despite the author’s predictions that society would one day replicate his novel.

Eight years later, after the economic crisis, political turmoil, and a multitude of challenges to societal norms, Egypt has reached a point where its time to ask: has our reality become that of the scary Utopia? Was Tawfik really predicting the future of our lives as Egyptian citizens?

Two days ago, in a scene similar to Black Friday (an international shopping day that is often marked by mayhem), a video went viral on social media showing people, who  appeared to belong to the lower class, forcibly breaking into a food fair which was offering discounts on commodity products, after waiting for hours in front of its doors.

The fair was organised by the government and aims to sell primary goods like rice, oil, and frozen chicken with a 30% discount to help citizens prepare for Ramadan. However, after waiting for over 10 hours for the prime minister to officially open the fair’s doors, those waiting outside had had enough and decided to use force to enter.

In the video, an old woman is shown screaming: “this is unfair, we have been waiting all day long in front of the gate to buy the goods we need”, amid complaints and screaming in the background about the inhumane treatment against those seeking to save money and buy from cheaper sources.

Police officers appeared to stand-by helplessly in front of the hundreds of angry citizens before  deciding to step aside and let them in by removing the metal traffic barricades.

One day later, Egypt woke up to find another similar scene of hundreds of people standing in crowds, but this time to purchase villas in one of Egypt’s most elite compounds where the cheapest villa cost over EGP 1m. The compound, which is one of many others, offers a small number of villas to those who “want to go back to living normally”, as the compound TV ad says. The crowds had to wait for many hours as well, in order to purchase a villa.

Both events took place  a few miles away each other. One holds Egypt’s most well-paid residents, while the other welcomes Egypt’s citizens who suffer the most. This controversy has led people to question the growing social gap between Egyptians, causing them to wonder if it will only take a few years for Egypt to turn into Tawfik’s novel.

In Utopia, Tawfik shows the unprivileged world as a dark, inhumane place, where all its citizens mainly rely on drugs as a means to accept reality, and believe in God just because they believe he’s the only one can save them from their misery. The world he draws is based on real-world studies on drugs, poverty, and domestic violence conducted by researchers.

With the robbery, rape, and murder that the novel illustrates to be socially acceptable actions in a culture that is built on believing that survival is for the strongest, Utopia ends with a hunger revolution, in which the poor overcome all the gates and security and rebel against the rich.

Ahmed Zaki, is a site project engineer, who works at one of the richest compounds in Fifth Settlement, one of Greater Cairo’s most elite compounds. For him, seeing the suffering of poor workers building the most fancy villas without knowing for sure if they would be able to provide their children dinner that day, is just heart breaking.

“I used to hear workers wonder about the day they would get paid after they are finished with each villa, because they do not have enough money to bring their children food anymore,” he said.

Belonging to the upper middle class made it easier for Zaki to detect the gap between the two levels of society. “The compound I used to work at has 160 villas, and each costs at least EGP 1.5m.  All of them were already booked; however, the workers who built them had not been paid for over two months.”

I once heard a worker saying: “I wonder if any of these villas’ owners knows what it feels like to go home to a house without food, or to leave your family members without any money.”

“In the end, I have seen faith in those workers’ hearts like I have never seen before. They know for sure that their future is only in the hands of God. But I always wonder about the future if they continue to suffer while seeing the people they work for living luxuriously? A hunger revolution might not be that far away for Egypt, either,” he concluded.

I-City project the first fruits of a successful partnership