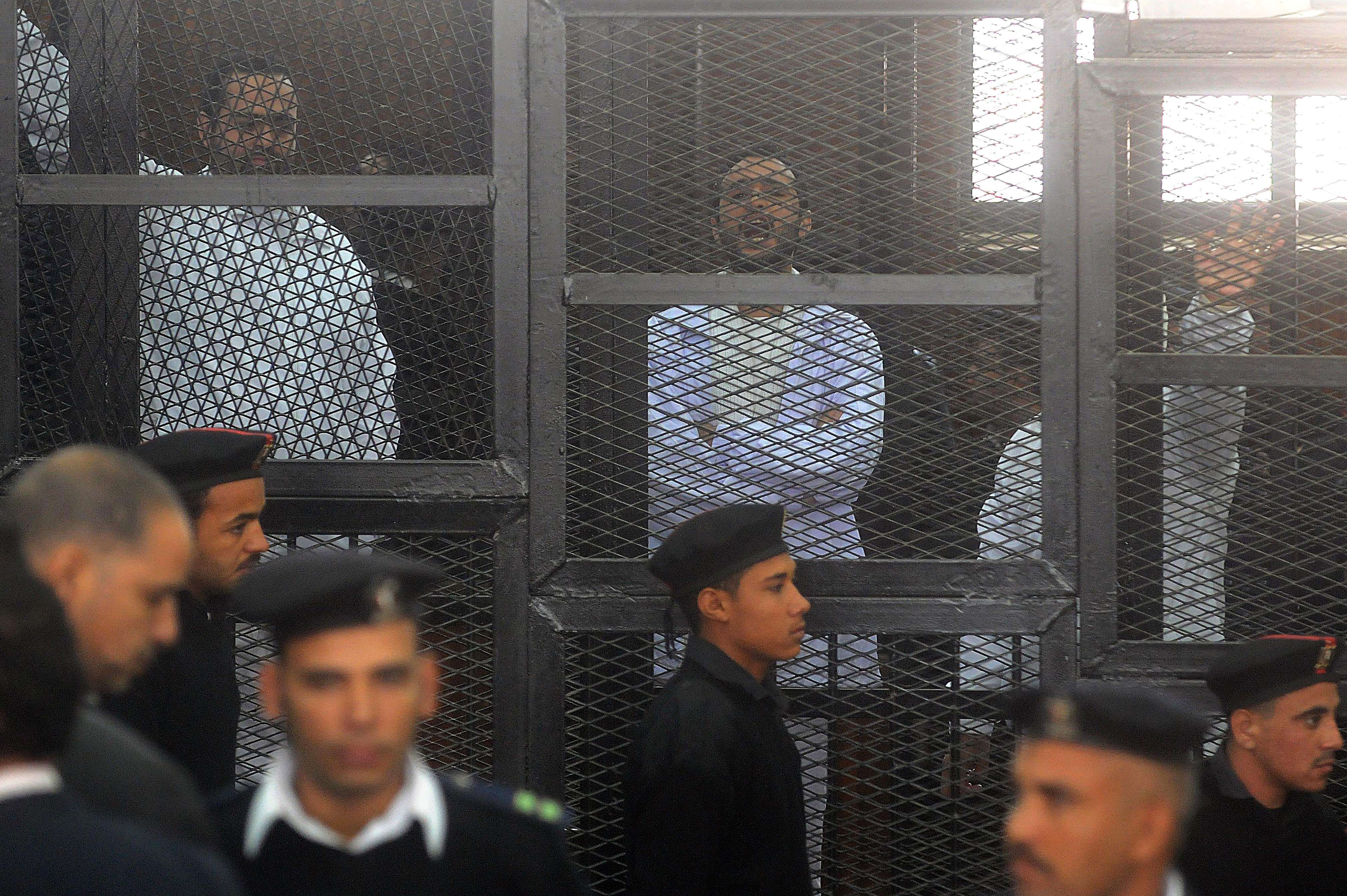 Maadi’s misdemeanour court of appeals decided on Sunday to mitigate a verdict against three prominent political activists, Ahmed Douma, Ahmed Maher, and Mohamed Adel, from six months to only one month.

The defendants, who are co-founders of the 6 April Youth Movement, are facing charges of assaulting a police officer while they were being transferred in a police vehicle.

Douma, 30, has been serving another life sentence since 2015, after he was charged with attacking the cabinet building and security personnel, as well as burning the Scientific Institute in Cairo in 2011.

The “cabinet clashes” case dates back to 2011, when demonstrators organised a sit-in at the cabinet headquarters, following the dispersal of a sit-in on Mohamed Mahmoud street by families of the martyrs who died during the 25 January Revolution. The military police attempted to disperse the cabinet sit-in, resulting in deadly violence that lasted for four days.

Since 2013, following the ouster of the Muslim Brotherhood regime, there has been a widening crackdown against opposition groups and activist figures.

Nagy Shehata, the judge who handed him the sentence, made press statements later in 2015 to Al-Watan private newspaper describing 6 April as an “evil movement”.