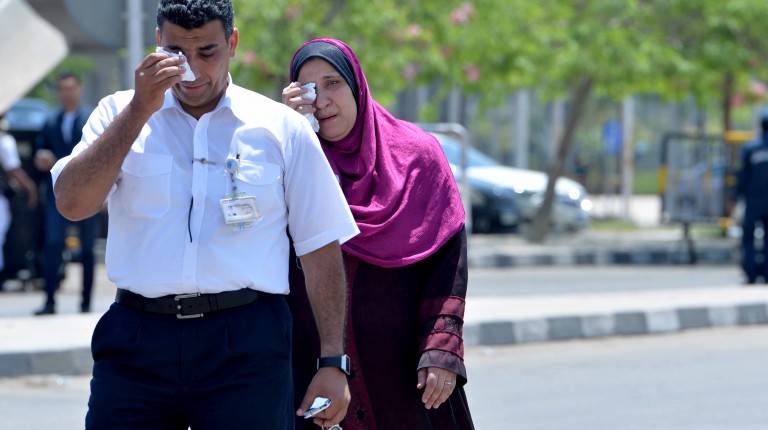 The Egyptian presidency mourned on Friday the victims of EgyptAir flight MS804, after the Armed Forces announced it had located debris from the aeroplane and personal belongings of the passengers.

The mourning marks the official announcement by the Egyptian state that the plane had crashed.

The Armed Forces said that rescue teams found parts of the plane 290km north of Alexandria, adding that the search is ongoing.

EgyptAir said the company is taking all necessary measures to monitor the situation.

The presidency added that it will continue investigations, which the prosecutor-general said will be run by the State Security Prosecution.

Earlier on Thursday following the aeroplane’s disappearance, Egyptian Civil Aviation Minister Sherif Fathy refused to use the term “crash”, stating in an afternoon press conference that “until wreckage is found, we will refer to this as a ‘missing’ aircraft”.

Fathy had urged reporters not to jump to conclusions regarding the details of the incident.