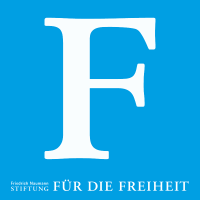 Country director of the Friedrich-Nauman Foundation, Hany Abdel Malak, confirmed to Daily News Egypt on Saturday that the closure of the foundation’s regional office was based on a choice made by the organisation a few months ago.

“There is a project in every country and the regional office was transferred to Amman, Jordan,” Abdel Malak said. “The decision is not connected to any registration-related procedures.”

However, the Egypt project has been on pause for over a year pending an agreement between Egypt and Germany in order to proceed with it.

Abdel Malak’s statement confirms an earlier official statement released by the Egyptian embassy in Germany which said that the foundation’s closure was based on their decision.

On Thursday, the German foreign ministry summoned the Egyptian ambassador to Germany, Badr Abdel Atty, to address the issue of the NGO’s closure.

The international organisation aims to promote the goal of making the principle of freedom valid for the dignity of all people and in all areas of society, both in Germany and abroad, according to the organisation’s official website.

While the closure condition of Friedrich-Nauman in Cairo is not related to internal measures taken by Egypt against NGOs, Egypt has been widely criticised in recent months for its crackdown on NGOs.

Earlier this month, Germany’s ambassador to Egypt, Julius Georg, commented on the crackdown on NGOs: “The existence of NGOs in Egypt is necessary to enhance democracy and to reflect the real problems of society to decision makers. During any visit to a foreign country, German officials are keen to meet NGO representatives to keep in touch with societies.”

Closure of Friedrich-Nauman was organisation’s decision: Egyptian Embassy in Germany