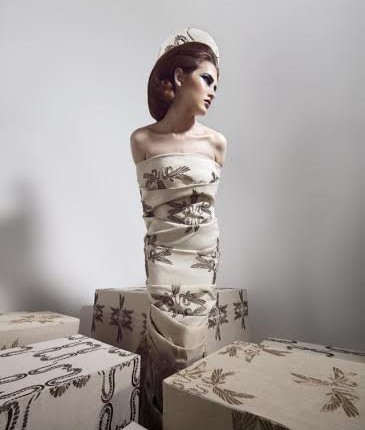 It is said that the history of wars and nations can always be seen through art. For many decades, art managed to monitor and capture the world’s greatest milestones. From Egyptians’ ancient beliefs to the French’s love of luxury during the baroque era to the absolute simplicity of post-World War I, art has managed to be part of everything.

Seda, a local retailer of high-end decorative fabrics and sheers, joined forces with local designer Norine Farah to revive the world’s most iconic art movements through a limited-edition fabric collection.

The collection is based on seven themes that are set to change the way people use  upholstery fabrics. Seda is already keen on partnering with various creative minds in the field of design and fabrics. Their previous collaborations include projects with Nobilis, ALDECO, Elvin, and Christian Fischbacher.

Farah met with Daily News Egypt to discuss more about the collaboration, the artistic theme and the various creative work involved.

Slowly but surely baroque is becoming one of your signatures. What is the secret behind your fascination with this theme?

My fascination with baroque was never intentional but I believe it is a very elegant theme. For Huawei, I wanted to create three different concepts to cover all aspects of the phone and baroque was a natural choice owing to my main inspiration.

Your inspiration behind this collaboration is absolutely artistic. Tell us more about your intentions to shed light on drastic and iconic art movements.

I wanted to do something that was very different from the upholstery fabrics you usually see in stores. My initial theme was history’s most iconic art movements. The idea was huge; therefore, I wanted to select five to seven iconic eras and focus on them solely.

Maybe if we can continue this collaboration I will pick other areas of art history or revisit the ones we have already selected and put an emphasis on them through dedicated capsule collections.

I already have a wide knowledge of art history and the art movement. Accordingly, research did not take too long. With that said, the main challenge was to remain as realistic and simplistic as possible. The patterns were designed to appeal to the largest possible number of people.

Nonetheless, the patterns are quite daring. Hopefully people will have the guts to buy them.

How did this collaboration work? Were you in charge of sketching and creating the pattern itself?

Seda contacted me with the initial idea and I instantly welcomed the collaboration. I like doing things outside of the box so I took the challenge.

I had to hand sketch it first then place the patterns in a photoshop tool. This process took some time. Then I had to showcase the results to the client, who liked them as soon as they laid eyes on my designs.

The next step was to finalise the fabrics with Seda’s team. We picked a fabric for each design. We chose linen for the Ancient Egyptian-inspired pattern and silk for the Chinese-inspired theme. Meanwhile, we went with printed patterns for the Romantic and serialism themes because they were too detailed for embroidery.

What did you aim to communicate through the photo shoot, your main concept?

The photo shoot’s concept was courtesy of art director and stylist Kegham Djeghalian. He wanted to influence the era with each picture. In terms of the Egyptian theme, he wanted to make the girl look like a wrapped mummy. Meanwhile, he chose to create a traditional costume and use props for the Chinese theme.

As for the romanticism, the fabric itself is my interpretation of American artist Georgia O’Keeffe’s work. Therefore, he wanted to recreate one of O’Keeffe’s flowers.