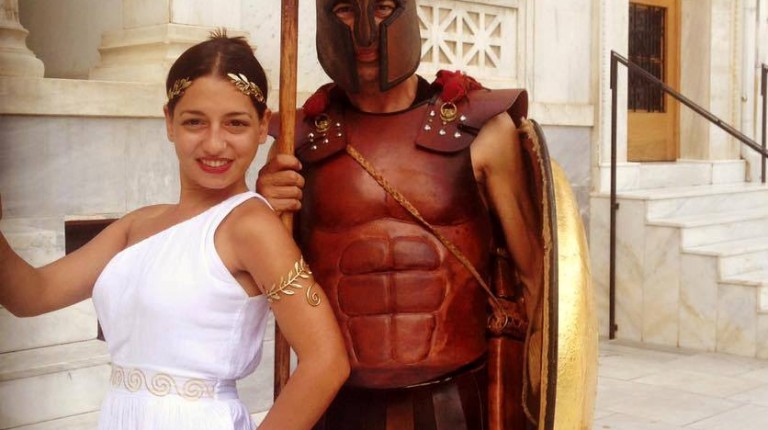 Greek culture has had a presence in Egypt for centuries, for as long as Greeks have been living in Egypt, particularly in Alexandria.

Geographically, Egypt is close to Greece, and both Mediterranean countries have a lot in common.

To mark Greek National Day, the Community Services Association (CSA), in cooperation with the Greek Cultural Center in Egypt, organised an event on 15 April in Maadi called Greek Day.

Entrance to the event was free, and participants were welcome to join in celebrating Greek culture by tasting Greek food and dance performances and Greek-themed activities.

Delicious Greek cuisine was available, including “gyros” and “souvlaki”, which was served by The Greek, a restaurant located in Maadi. Wadi Food offered samples of their home-grown products that Greece is famous for, including homemade olive oil.

Greek music played throughout the event and the following dances were performed by the Greek Youth in Cairo: Sirtaki, Zorba, Kalamatiano, Frangosiriani, Ikariotikos and Pendozali.

Travco Holidays was there to promote travel to Greece and presented their vacation offers. Two festival goers won trips offered by Travco, including two free tickets to the Greek island of Mykonos.

Sports may be the path to boosting tourism in Egypt