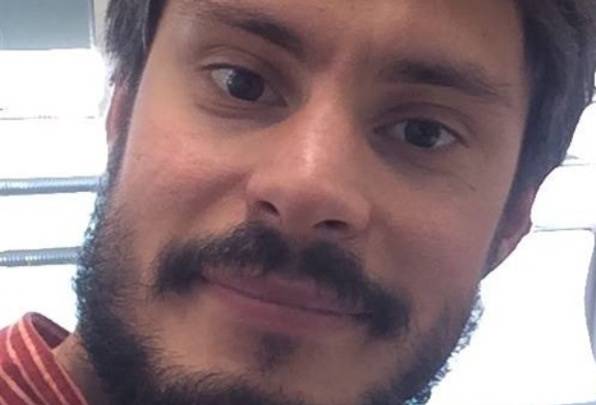 The delegation of Egyptian investigators sent to Italy to discuss the results of the investigations into Giulio Regeni’s murder with their Italian counterparts held a press conference on Saturday to reveal facts and results of the discussions during the visit.

Undersecretary of the Prosecutor-General Mostafa Soliman said during the conference: “Investigations are still ongoing and are classified. Our delegation consisted of a number of officers from the National Security Apparatus and two members of the prosecution.

“Disputes erupted when the Italian side asked us for phone records for all residents of the area where Regeni lived, as well as the location where he went missing. This is illegal and violates the Egyptian constitution and laws.”

Soliman said the Italian investigators made several demands in addition to the phone records, including CCTV footage from the area surrounding Regeni’s former residence in Dokki. However, the Egyptian delegation was unable to deliver the footage, claiming it is difficult as this advanced technology is not available in Egypt.

“We asked American Technologies Inc. for consultations, but they were unable to resolve the issue. We then informed Italy that a German company will try, but the probability of success is 50%,” Soliman added

Italy stated that the cooperation in investigations between Egypt and Italy will continue only if the demand for phone records are approved. However, the Egyptian delegation refused this demand, arguing that it is illegal and violates the Egyptian constitution and laws.

Italy’s decision to recall its ambassador on Friday sparked uproar among several political entities and figures in Egypt, while conversely it was greatly welcomed in Italy. Italy said it recalled the ambassador for “consultations” over the murdered PhD student, according to a statement from the Italian foreign ministry.

The ministry stated that the developments of the investigation called for an “urgent evaluation” of the most appropriate action to boost the efforts to ascertain the truth about the “barbaric” murder.

The decision to recall ambassador Maurizio Massari came one day after meetings were held in Rome between the Egyptian and Italian investigative teams.

Massari, who was appointed as ambassador of Italy to Egypt in 2015, is expected to begin consultations with the Italian government regarding Regeni’s murder, according to Italian foreign minister Paolo Gentiloni.

The role of the Egyptian Community in Italy

He noted that the Italian government is creating propaganda for its political party, especially as governors’ elections are approaching.

Awad expressed frustration regarding the Egyptian media and authorities’ treatment of Regeni’s case, which he described as “unprofessional”. He highlighted the necessity of providing accurate and truthful information about Regeni’s murder.

Awad further explained that the Italian opposition played an important role in escalating pressure from Italy’s government against Egypt.

“Italy recalled its ambassador simply to carry out consultations. Civil society groups are active in Italy and lobby for Regeni’s case effectively. We need similar groups to clarify the facts,” spokesperson for the Egyptian Communities in Europe, Walaa Morsi, told Daily News Egypt.

He added that investigations naturally take a long period to ascertain actual facts, but pressure from Italy will lead to chaos in the investigation process.

Several media reports indicated that the step to recall ambassador Massari came after bilateral meetings between the Italian and Egyptian investigative teams failed to provide answers regarding Regeni’s murder.

“After unsuccessful meetings with prosecution officials, Italy formally decided to recall the ambassador; it will not stop until it has the truth,” Italian prime minister Matto Renzi said on his official Facebook page.

Meanwhile, the head of human rights committee in the Italian parliament, Luigi Manconi, said on Friday that the bilateral meetings between Egyptian and Italian investigative teams failed.

He criticised the slowness of investigations and claimed the Egyptian investigative team disseminated “lies”.

“A new tragedy is added to Regeni’s murder; after nearly two and a half months of Egyptian lies, we cannot use soothing expressions to insult our intelligence from the Egyptian side, and now we are talking with regret,” Manconi told Italian state radio.

He added that the dossier brought by the Egyptian investigative team consists of 2,000 pages that lack substantial information and are written in informal language.

According to the Italian state news agency ANSA, the dossier of the case is “incomplete” and does not have any of the fundamental facts that Italy has been requesting for over a month.

Lower House Speaker Laura Boldrini said it is vital to get the full truth on Regeni’s murder, according to ANSA.

An official statement issued from Egyptian foreign ministry spokesperson Ahmed Abu Zaid on Friday indicated that the ministry did not receive any official notification or reasons from Italy regarding recalling its ambassador.

He added that Egypt is awaiting the return of the Egyptian investigative team to receive an evaluation of the bilateral meetings with the Italian side and then issue an appropriate response.

He further said, in media statements, that the Egyptian ambassador to Italy went to the Italian Foreign Ministry to inquire into the reasons behind the decision to recall Massari.

He noted that the Egyptian investigative team provided its Italian counterpart with all the information it has found in relation to Regeni’s murder.

Abu Zaid further noted that Italian security forces have not been able to ascertain the fate of missing Egyptian citizen in Italy, Adel Moawad.

Italian media outlets paid close attention to the Egyptian delegation’s visit and its consequences through number of reports published on Saturday.

It also appeared with a headline that read “Italy escalates against Egypt”, in a report claiming that the dossier presented by Egypt was only 30 pages long, and criticising the absence of the required phone records.

La Stampa newspaper published the reaction from Regeni’s family, who expressed hopelessness regarding the investigation process.

“We had some hope, but now we lost it,” Regeni’s mother told La Stampa.

The decision to recall the ambassador is considered a mounting step in terms of pressure from Italy on Egypt to reveal the truth on Regeni’s murder.

Recently, President Abdul Fattah Al-Sisi said that the murder of Regeni will not affect the bilateral ties between the two countries.

He highlighted that Egypt is committed to full cooperation with Italy to reveal the truth of Regeni’s murder and bring all perpetrators to justice.

In Video: Italy’s PP believes it is all media show: Egypt APP

The Regeni fallout: what could Egypt face?