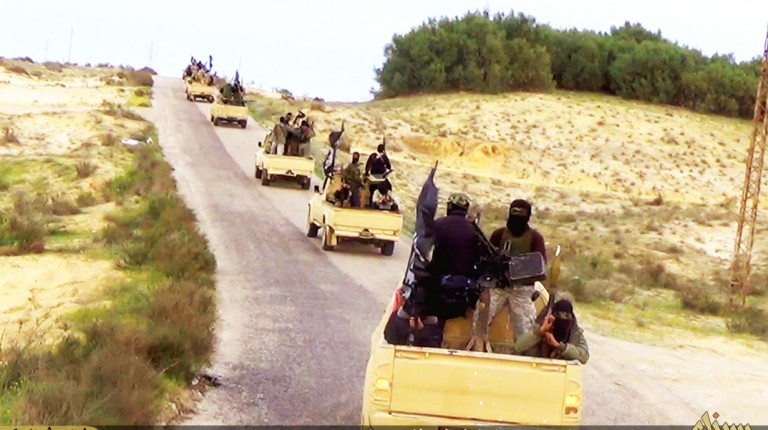 A bomb exploded early on Tuesday in the North Sinai town of Al-Arish, injuring at least one civilian and a conscript, reported state-owned newspaper Al-Ahram.

In a separate incident, the army spokesman announced the destruction of a store that contained explosive devices, located in the town of Sheikh Zuweid in North Sinai.

The statement further noted that three militants were seen as they were attempting to load a truck with explosive devices from the store. The militants escaped using a motorcycle and security personnel destroyed the store along with the truck.

The military spokesman further posted a video on his official page that showed the vehicle being tracked from an army’s jet.

The North Sinai towns of Rafah, Sheikh Zuweid and Al-Arish are witnessing high insurgency levels compared to other governorates nationwide.

Earlier this month, photojournalist Alaa Selim, who was in his early twenties, was found dead in the city of Sheikh Zuweid. He was found along with at least six other bodies in the same area, according to a family member who requested anonymity for security reasons.

The circumstances around his death remain unknown.