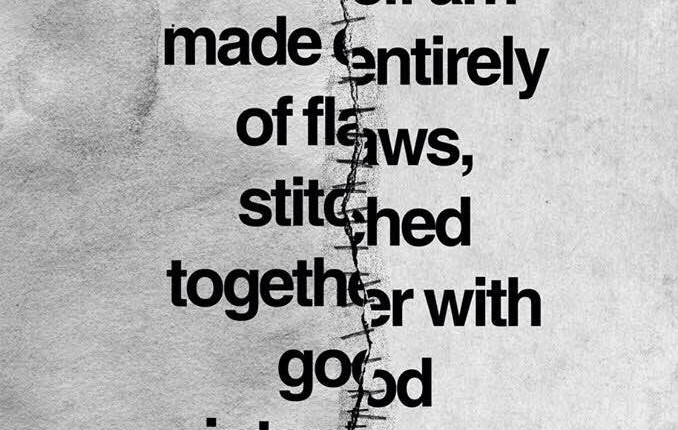 No one would imagine that a simple shopping tour with his friend would end up as an inspiration for thousands of users to see a simple design that reflects their lives. For a Facebook user in Egypt, it would be hard to miss that page that has the single themed design that speaks the heart through short sentences or verses of the Quran.

Farid Designs (FD) is the page that has captured thousands of hearts with the simple white and black designs. These designs, which are usually implemented to verses of the Quran or famous quotes on our daily lives, are outstanding due to its simplicity, yet strength in delivering the meaning.

When 27-year-old Farid Emarah decided to establish the page for the first time, he aimed to deliver a different meaning of beauty in a new unique way.  Even though his designs had already seen him reach 10 million international followers on Tumblr, an online platform for sharing visual art, by the time he created his Facebook page, he decided to establish a new form of communicating with the Arab Islamic world to deliver certain messages.

He decided to create his special unique identity by focusing on spiritual Islamic quotes because he finds them satisfying and close to hearts.

“I target beauty regardless of its source,” Emarah said. “And when it comes to depth and inspiration, there’s nothing as effective as Quran Verses.”

The designs are usually a set of several drawings attached together, to create a short story which would direct a valuable meaning.  Most of them have a virtually monochrome look, with a grey background and dark black blurry words which are mesmerising.

Emarah, an architecture currently working at a multinational company, believes that even if his work has nothing to do with his hobby, the beauty he sees in creating an effective and delightful design without adding any colours to it, is indescribable.

Reflecting his beliefs, dreams, hopes and disappointments in a two-colour design is a challenge for Emarah, but a challenge that he likes to take.

As an architect, learning Photoshop was a requirement during the early years of college, but after a few years of seeing different designers each with a different identity and perspective, Emarah learnt that it is not about the technique as much as it is all about the idea of the design.

“I do believe that I’m a lousy user of Photoshop, yet I believe that I can figure a way of implementing the ideas that cross my mind with the simplest tools any beginner can know,” Emarah said.

Even though he is not the only graphic designer to produce and showcase remarkable art work through social media, he is one of the few who tends not to profit from the designs. Even though he receives many requests to create designs for money, he always insists on refusing to do so.

“I do it for love, not for financial gains,” he insisted. “The minute any one offers me money to provide him with an idea for a design, my mind goes blank!”

According to Emarah, he gets his inspiration from things as simple as a walk down the street; however these inspirations are in vain when he has to forcibly bring them to mind.

“Sometimes I just ride my car and start randomly driving in the streets, listening to music or the Quran, to find an idea popping into my head like a lamp to go back to the office and apply it in 10 minutes,” he added.

Knowing that the money gained from being a highly requested graphic designer would make him a “wealthy person”, this never persuades him to give up upon his work and transform his hobby into a permanent source of money.

“The minute I earn my living from designing, I become a slave to my ideas, and the moment someone turns to slavery is the moment he loses his glory of creativity,” Emarah said.

Keeping his passion fed by reviving his spirit of optimism, Emarah keeps his followers amazed with each and every new set of designs he posts on his page (Faridesign).