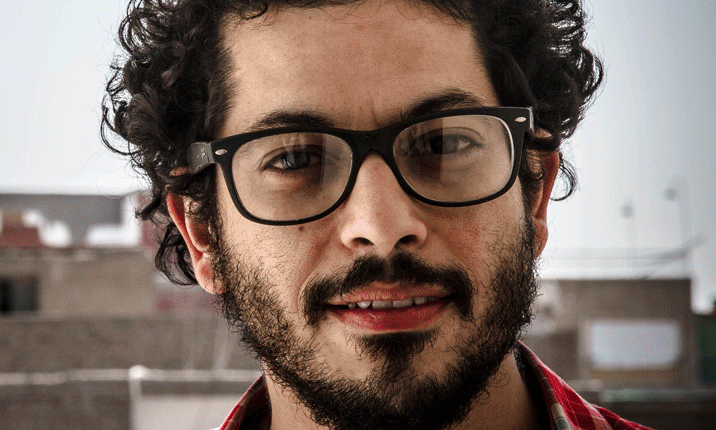 It is no longer necessary to persuade the reader that Egypt is a country that has long forsaken its promised path of democratic transition, and whose rights abuses are systematic and deliberate. It is now a given, and whatever doubts there may have been dissipated with countless reports on human rights abuses, oppressive laws, brutal police force, mass death sentences, empowerment of corrupt Mubarak-era businessmen and targeting of opposition figures, many of whom were long opposed to authoritarian rule. And while that may be not worth establishing anymore, it can be important to underline why this has become the trajectory.

In Egypt you cannot protest, you must not object, you must not diverge from the government narrative or report anything contrary to what they’ve stated, even if you are truthful.  So much so that when a young football player described Al-Sisi as a failure  following the 1 July attack in Sinai for his failure to stop terrorism and bloodshed, he was interviewed on Dream channel in an episode, which was more of a public tribunal than a talk show. It was conducted by state-sympathetic presenter Wael Al-Ibrashy, where he condemned Ahmed El-Merghany’s actions and allowed for football officials to call in, judge him, accuse him of treason and hurl racial insults at him.

Such intolerance to opinions that differ even slightly from the government-sponsored narrative is symptomatic of the fundamental problem with today’s Egypt.  This is not only  something we’ve observed over the past two years since the 3 July military takeover, but something conveyed explicitly through statements made by President Abdel Fattah Al-Sisi, who left no doubt as to what sort of Egypt he wants.

“We must not disagree,” Al-Sisi said in a speech in the “First Egyptian Family” Iftar on 24 June, confessing at the same time that he believes many innocent people are in jail, but accepting that “we must arrest some for others to live”.

Such is the central message of Al-Sisi’s regime that is at the heart of the Egyptian philosophy of governance right now, of which all other perplexing events and policies are a result. Through Al-Sisi’s own words, we can conclude that the price for opposition could be arrest, even if innocent, but that it is an acceptable price to pay so that others can continue to live. With that in mind, it is easy to see and understand the steps the regime has taken in order to suppress voices of dissent.

From early on, the protest law was used to silence opposition, combined with the targeting of Islamist and secular activists through courts, covert threats and sexual assaults. The law was always used as a pretext, but was never truly respected by the police or courts.

Following the assassination of prosecutor general Hisham Barakat, Al-Sisi expressed his disappointment that “the arm of justice is chained by the law”, proposing quicker executions, a worrying sign that even with all the abuses, Al-Sisi was hungry for more. The regime was quick to move forward with the new oppressive terror law, and to pass the controversial elections law.

The terror law basically grants the state impunity, and proposes that “everyone who intentionally publishes incorrect news and information about terrorist attacks and which contradicts official statements by the relevant bodies will be sentenced to a minimum of two years in jail”.

As Al-Sisi consolidates more power, the government seems to be less and less tolerant of even the slightest divergence from its set narrative.  There are over 60 journalists in jail, more and more citizens are kidnapped with impunity, the most recent of which was Khaled El-Sayed who was detained at the airport and forcibly disappeared for over 30 hours before his release.  This most recent example is the weakest among those disappearing for weeks on end, reappearing with trumped-up charges they could not have done.

Egypt seems to be locked inside a perpetual cycle of violence and intolerance fed by a state incapable or unwilling to allow space for freedoms. The Egyptian regime has been constantly willing to set aside law and evidence and to trump up charges for innocent people to spend time in jail.

The war on terror, a rhetoric supported by a great many backers of the regime, is merely used as a pretext to oppress citizens, while collateral punishment catches up with many innocent Egyptians who end up terrorised by the state more regularly than by extremists. In many cases, injustice and violence cause radicalisation, which plays into the hand of extremists who are looking to recruit more radicalised youth.

One of the cornerstones of a democracy, which sets it apart from authoritarian forms of rule, is tolerance to diverse ideas within a political order. With clear intolerance to opposition, the price for differing with the regime has been brutally high.

What is far more worrying is that security agencies representing the state have more recently acted like criminal gangs, rather than law upholding entities. Activists are continuously kidnapped and some are blackmailed through private information about their personal life, collected through advanced surveillance technology purchased from the West, with cold blooded assassinations taking place as well.

This climate of intolerance and pursuit of violence as a means to solve most problems causes disagreement to turn into conflict, rather than debate. It has become no longer possible to address government failings, or criticise false promises, such as the AIDS and hepatitis-C cure, or the promise to build a million housing units, or the new capital, and countless others. The anti-terror law’s clause on publishing places the regime as an information gatekeeper, and even if reversed, indicates the desired level of control over the narrative, even if it’s false. What hope is there for a country that feels threatened by journalism?

We cannot criticise the exorbitant amount of capital invested in the Suez Canal project, known as “The New Suez Canal”, without reactions that invoke accusations of treason. We cannot object, we cannot protest, we cannot suggest, without risking a tribunal. Even as the state fails to limit violence and bloodshed, which Al-Sisi himself considered a mandate, we cannot call Al-Sisi a failure.

Egypt digs itself back to 1977