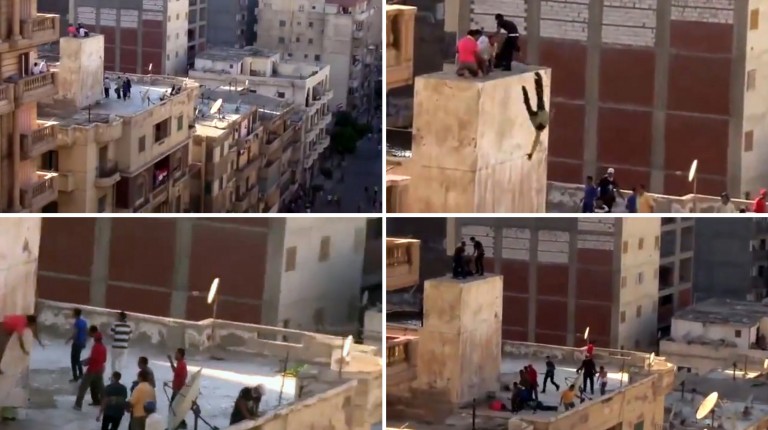 When a video appeared that showed the atrocities committed by Mahmoud Ramadan and a group of other men, it quickly went viral. The picture painted by the video fitted the narrative of the new military-backed government, as it showed an angry mob of men throwing teenagers off a roof.

The clashes in the Sidi Gaber area of Alexandria on 5 July 2013 left at least 12 people dead, hundreds injured and led to the arrests of dozens. While clashes raged across the country on that day, the Sidi Gaber incident is especially infamous for the sheer number of killings as well as for the aforementioned video.

Only days before, Abdel Fattah Al-Sisi removed Mohamed Morsi as president of the republic. When Brotherhood supporters took to the streets in the following days, violence from both sides became endemic.

To this day Egypt is dealing with the consequences of the Brotherhood’s outrage, and the outlawed organisation is frequently blamed for terrorist attacks and conspiracies against the Egyptian state.

Weeks after the clashes of 5 July, arrest warrants were issued for Mohamed Badie, Supreme Guide of the Muslim Brotherhood, as well as for his deputy and several other leading figures, including officials of the Freedom and Justice Party (FJP), the political arm of the Brotherhood.

The prosecution claimed Badie’s speech on that day, held at Rabaa Al-Adaweya square in Cairo, was ‘incendiary’ and caused the violent clashes that led to the many deaths and injuries of that day.

On 29 March 2014, two of the defendants in the viral video, Mahmoud Hassan Ramadan and Mohamed Al-Ahmady, were sentenced to death after the court found them guilty of murder and nearly a dozen other crimes.

While Al-Ahmady’s sentence was later reduced to life in prison after appeal, Ramadan was executed by hanging on 7 March 2015. He is the only person to be executed following a death sentence so far, but hundreds await their execution in Egyptian prisons for crimes allegedly committed after the 30 June 2013 ouster of Morsi.