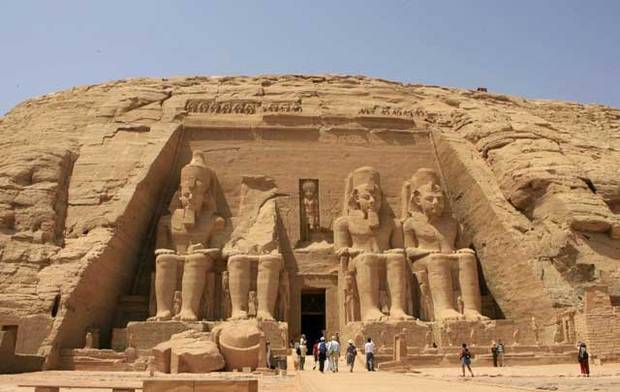 Tourism income for Egypt in February amounted to $442m, according to an official of the Ministry of Tourism.

The Central Agency for Public Mobilization and Statistics (CAPMAS) announced this month that the number of tourists in February amounted to 640,200, representing a 3.8% growth compared to the same period last year.

In February 2015, most tourists came from Western Europe, accounting for 40.4% of the total number of visitors, followed by Eastern Europe at 32.4%, and the Middle East at 13.4%.

The number of nights tourists spent decreased by 10.4% to reach 5.6m nights in February, according to CAPMAS.  Most of them were spent by tourists from Western Europe, 41.6%, followed by Eastern Europe, 29.7%, and then the Middle East, 17.9%, while nights spent by Arab tourists decreased by 7.3% to reach 1.1m nights.

The official said the Ministry of Tourism targets keeping the promotional campaigns which were launched at the end of February in the Arab countries.

Earlier, the ministry launched a promotional campaign under the name of “Masr Oryeba” (“Egypt is Close”) targeting the GCC. Arab tourism decreased last year to reach 1.6 million tourist compared to 1.8 million the previous year, according to the official.

He added that Russian tourism during the first quarter of 2015 decreased, in addition to the difficulties that the tourism sector faces in order to reach 12 million tourists by the end of 2015.

Minister of Tourism Khaled Rami has previously said that Russian tourism decreased by 20% during the first quarter of 2015.

The Central Bank of Egypt (CBE) rejected the bartering system using the local currency of the two countries to solve the crisis of the rouble’s decrease against the dollar.

Last year, Russian tourism to Egypt made up to one-third of the total 10 million tourists.