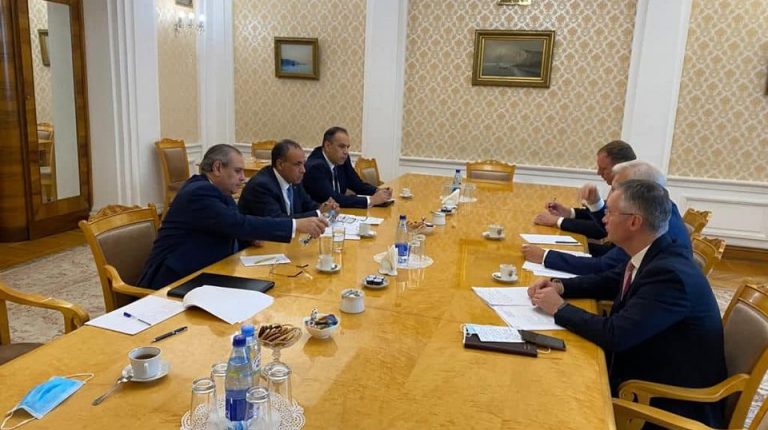 During the meeting, Abdel-Aty praised the ongoing development in relations between the two countries, stressing Egypt’s aspiration to enhance the existing cooperation in various fields.

The meeting dealt with a review of the latest developments related to a number of major projects between the two countries, especially the El Dabaa nuclear project and the project to establish the Russian industrial zone in the economic zone in the Suez Canal.

The two sides also discussed ways to increase the influx of Russian tourism to Egypt during the coming period, in light of the recent Russian decision to resume direct flights from various Russian cities to Sharm El-Sheikh and Hurghada, which will witness an intensification in the coming weeks.

For his part, the Russian Deputy Foreign Minister expressed his country’s appreciation for Egypt’s role as a pillar of stability in the Middle East region.

He noted his country’s keenness to continue consulting with Egypt on all issues and issues of common interest, and expressed his country’s aspiration towards strengthening cooperation between the two countries in many fields in the next stage.

The meeting also witnessed a number of regional files of common interest, including the peace process file, as well as developments in Libya, Syria and Sudan.