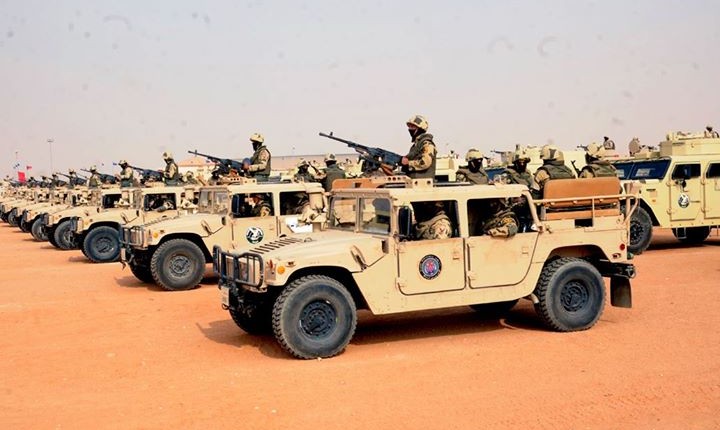 The residents were from the Northern Sinai town of Sheikh Zuwied. The source of the shelling remains unidentified.

It is unclear whether the shelling was attributed to the armed forces or North Sinai’s militants.

A militant insurgency has been on the rise since the military ouster of former President Mohamed Morsi in July 2013.

The Egyptian armed forces have claimed to be fighting a “war against terrorism”, targeting militant hideouts, with the Sinai-based militant group “State of Sinai” claiming that the army hits civilian targets. Such claims have been repeatedly refuted by the army, who consistently state their operations hit militant targets.

The “State of Siani” has repeatedly taken responsibility for attacks against military conscripts in Northern Sinai. The most significant of them was launched on 29 January on a number of security facilities, where houses in the vicinity were damaged and several residents relocated following the attack.

A Democracy Index (DI) study recently proclaimed Sinai to be the “bloodiest” area in Egypt.