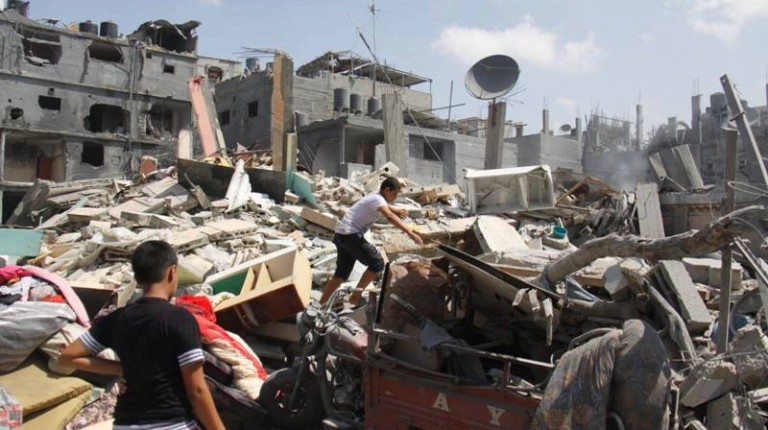 In response, the Ministry of Interior released a statement on Sunday criticising the content of the report, describing it as “libellous”, and vowed to take legal action against the newspaper.

At least 27,000 tweets were posted by Monday calling on people to boycott the paper. The tweets said the paper should instead highlight police efforts to save the nation, and that policemen were the main victims of the country’s unstable security situation over the past years.

The special file, dubbed “Martyrs and Violations”, argued that the Interior Ministry’s actions are considered a “return to the era of [former Interior Minister Habib] Al-Adly”. Al-Masry Al-Youm also discussed the controversial topic of police conscripts in Egypt, arguing that they are chosen from the country’s lower classes, and are known to be “blindly obedient”. The Central Security Forces (CSF) has engaged in many violent dispersals of protests on Egypt’s streets since the outbreak of the 25 January Revolution.

The newspaper also reported that there were five incidents involving the police. The incidents included: the killing of leftist activist Shaimaa Al-Sabbagh in a protest; the killing of a conscript by his officer in Sinai; the shooting of a citizen by a police officer in a hospital; the alleged rape of a girl by two policemen; and the torture of lawyer Kareem Hamdy in the Matariya police station.

“The reporters’ referral to investigations is nothing but an extension for the crisis,” newly elected Press Syndicate Head Yehia Qallash told Daily News Egypt. “The police resolution was wrong from the beginning.”

According to Qallash, the Interior Ministry shares responsibility for what was published, and that it has the right to respond according to the law. This could be either by reinforcing or debunking the reports published by the paper, without taking such an “unjustified procedure that violates press freedom”.

The Interior Ministry has claimed the paper’s act was “intentional and triggered by a dispute between the ministry and one of the AMAY reporters”. This came despite the ministry’s earlier decision to ban the paper from covering its news.

“If we say we have to counter terrorism, the media takes part in countering any form of terrorism,” Qallash said. “It grants the citizen’s the right to know the facts, not the ministry.”

The Press Syndicate filed a memo to the Prosecutor General listing the legal and constitutional rights which support freedom of speech for all citizens, not just for journalists. The reporters referred to investigation were not available for comment.

This is not the first incident of its kind. Egypt has witnessed a sweeping crackdown on dissidents in the wake of the 30 June 2013 uprisings, including reporters. At least 44 reporters were arrested in 2014, but are not necessarily currently detained, according to the Association of Freedom of Thought and Expression (AFTE).

The ministry statement said the journalist had been charged over a range of criminal offences from drug and weapons possession to theft, to forgery and bribery.