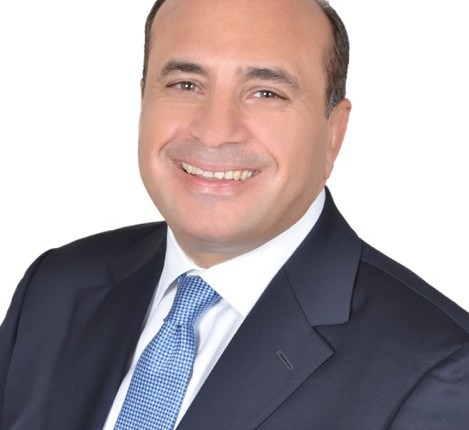 Security is the name of the game in Egypt! All of the country’s key entities – government organisations, private sector corporations, universities, NGOs, sports clubs or even social cafés are influenced and driven by the state’s security mindset. Security entities are by far the most powerful organisations in Egypt, making the Minister of Interior the most powerful person in the country, after the President. The only person who knows who is doing what in our country, he is able to manipulate all our challenges from his own perspective. The President himself has to think twice before replacing him.

People who work for non-security government organisations are often annoyed, because their expertise is overruled by the State Security people’s veto. Obviously, every issue in Egypt has a security dimension that gives security officials an advantage over their peers – and these officials can easily create a ‘threat’ to justify their interference in any issue with no security-related aspects. Meanwhile, most of the large private sector corporations have created a post entitled ‘Government Affairs’, occupied by a retired general whose task is to solve any government related difficulties by reaching out to other retired generals within the security sphere.

Because security entities have the power to veto the appointment of candidates to senior government positions, most career driven politicians are careful to fine-tune and polish their true personalities to meet security standards. My advice to Egyptians who have a somewhat strong personality and a modicum of pride (whether merited or not), is to enjoy their lives and stay away from politics. The regime does not appreciate your qualities, and you will never make it to any senior government post. The few exceptions who were appointed to the Egyptian Cabinet in 2013 were chosen to serve a specific purpose; all of them eventually left their posts and went home depressed.

The result of this phenomenon is that the vast majority of Egyptian senior government officials neither come from political backgrounds nor are recognised as experts in their fields (technocrats). They have simply been endorsed by State Security because of their limited ambition and lack of ideology, and because they are known as ‘yes-men’ in their respective careers. These are the qualities that the State requires of whoever is interested in serving the country.

Prior to the January 25 Revolution, roughly one-third of my former party’s top executives were reporting the proceedings of our internal meetings to State Security. This behaviour did not bother me as much as their ability to convey our discussions accurately. To ensure that our conversations were related correctly, I once proposed training these insiders on how to take meeting minutes. Obviously, these people had a tendency to inflate our talks, attempting to make their job more meaningful in the hope of eventually being privileged by State Security.

A few months ago, I tried to reach the director of a private hospital to complain about the mistreatment of a family member. I learnt that the director was not a physician, but a retired general. As I was voicing my complaint inside his office, I noticed a gun displayed on his desk, and I could not resist asking him why he had brought a gun into a hospital. Apparently, the general was not happy with my remarks. He followed me to the hospital room, glanced at the patient for a few seconds, and stated that this patient needed to be transferred to the Intensive Care Unit. I still cannot digest the fact that a person who had never in his entire life come anywhere near a medical school, or even a nursing college, could have the courage to issue critical medical instructions.

The recent State Security decision requiring all tourists (except for members of tourist groups) to first obtain entry visas from our consulates abroad in order to be admitted into the country, has been described by all tourism experts as a disastrous idea, bound to lead to a substantial drop in the number of tourists visiting Egypt. The same concept applies to the State Security decision made a few months ago to monitor Egyptian youths travelling to Turkey, by obliging them to obtain government permission prior to their departure. Conspiring against Egypt does not only happen in Turkey. Our enemies can easily avoid security surveillance by gathering their followers in any country, or by encouraging them to fly via another destination. Moreover, a determined spy can still come into Egypt hidden among the members of a tourist group.

Security agencies in Egypt follow a policy of erring on the side of caution, nipping all perceived threats at the bud. This means that, when in doubt with regard to the intentions or motivations of non-governmental players, they will attempt (and usually succeed) to ban these players from the public sphere.This has concluded in drying up our businesses, politics and even social affairs – with the exception of entities that support the President and have received security approval. It is my opinion that, rather than limit our resources to only those that praise the President, we should keep the water flowing and work on filtering out the few dirty particles.

Many may argue that, for a country facing terrorism on a daily basis, intensifying the role of security services is a necessity. I am certainly not calling for diminishing or disregarding the role played by security entities; I propose to regulate this role and to ensure that everyone abides by the rule of law, to challenge the security mindset and prevent the abuse of power. The overpowering of security entities in Egypt, extending their influence to every aspect of our lives, is certainly detrimental to truly securing our country. It is definitely not wise for the President to address all our challenges through the sole perspective of security.

A widespread misperception in Egypt is that only generals can bring order to this country. This assumption is incorrect! Order will come to Egypt only when the rule of law is applied and when Egyptians sense that justice prevails. Quite apart from terrorist activities, a hidden tension exists between citizens and the police at large, a tension that was evident when Egyptians expressed their anger by attacking police stations during the days of the January 25 Revolution. Attacking police stations is a crime, but let us also consider this act from a motivational perspective; the imperfectbehaviour of members of the police force may have caused citizens to seek revenge.

Nothing has really changed in the relationship between Egyptian citizens and their police force – except for an added element of uncertainty. While the rule of law is still not applied, members of the police force certainly do not receive the same protection (at the citizens’ expense) that they enjoyed during the Mubarak era. As a result, today’s police force is a very volatile one, where each officer must judge for himself whether abusing power in the course of his daily engagements with citizens is worth the risk of eventual prosecution. Reforming our Police Department would not only serve the interests of Egyptian citizens; it would definitely benefit members of the police force as well.

Mohammed Nosseir is an Egyptian Liberal Politician working on reforming Egypt on true liberal values, proper application of democracy and free market economy. Mohammed was member of the Higher Committee, and headed the International Relations of the Democratic Front Party from 2008 to 2012

Why Egyptians are more tense today than under Mubarak’s rule