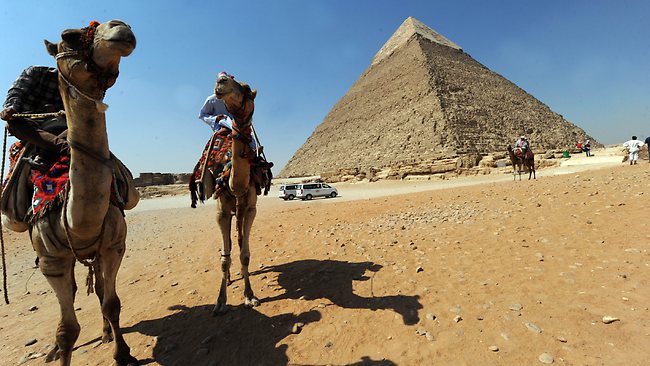 The government decision replacing the system of obtaining on-arrival tourist visas at airports with electronically-obtained visas is likely to boost the sector and draw in new tourists, officials and analysts said.

“We expect to see a climb in tourists’ influx by about 20% after adopting the e-visa,” Adel Abdel-Razek, member of the Egyptian Chamber of Hotels, told Daily News Egypt.

The new system is expected to come into effect in six to eight months. It will spare individual tourists the hassle of queuing at airports to gain access to the country, Tourism Minister Rami Khaled said on 7 April, state-run news agency MENA reported.

Abdel-Razek said the electronic procedure will take no more than three days, and will only require tourists to provide a copy of their passports.

“We are working on facilitating the procedures even further for tourists, by accepting scanned copies of their identification cards, rather than passport copies. This will be handier, especially for European and Russian tourists, a lot of whom have not issued passports,” he explained.

Tourism, a key source of Egypt’s revenue and foreign exchange, brought in $7.5bn in 2014 in revenues, a 27% increase from the $5.9bn revenue recorded a year before.

These figures were initial indicators that the sector, which accounted for 13% of the country’s GDP prior to 2011, is showing signs of recovery after years of political and security turbulence.

Fear of a relapse was sparked mid-March when the government announced the cancellation of on-arrival visas starting 15 May. The decision was met with fierce criticism, prompting government officials to retract it and keep ongoing procedures till e-visas come to place.

“The postponement of on-arrival visa cancellations was wise, as it would’ve cost no less than 25% of our tourism returns,” former board member of the Egyptian Tourism Federation Wagdy Al-Kurdani, said.

“The shift to e-visa is long over-due, since the outdated on-arrival visa system is no longer used anywhere else in the world. The shift will open new horizons” for Egypt, Al-Kurdani said. He added that “last minute travellers” will be more tempted now to come to Egypt.

He noted, however, that the system’s “only enemy will be the Egyptian bureaucracy”, and urged the government to learn from other countries’ experiences when applying the new system. This would be particularly in terms of utilising the right software, computers and technicalities.

Meanwhile, Head of the Chamber for Tourism Companies in Upper Egypt Tharwat Ajmi said the hype over the e-visa is overrated, expecting nothing to change in the number of tourists or the sector’s revenue.

“There would have been an incentive if on-arrival visas required a gruesome, tiresome procedure, but this is not the case at all. Tourists faced no challenges getting their visas at airports,” Ajmi said, ruling out that Egypt’s tourism sector will gain attractiveness.

As part of an overall economic boost undertaken by the Egyptian government, the country is targeting 20 million tourists annually by 2020. The e-visa is seen as one of the measures taken to reach this goal.