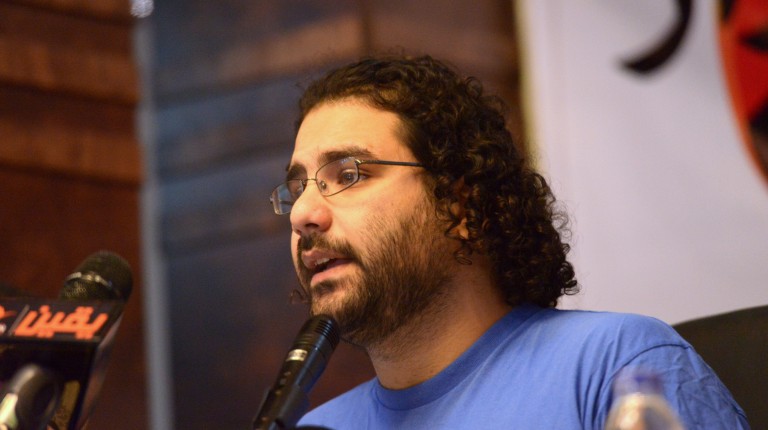 The Cairo Criminal Court decided Thursday to postpone the Shura Council case to 16 February after having previously and continuosly postponed the retrial since June 2014, state-media reported.

Abdel Fattah and 25 more defendants were sentenced in absentia in June 2014 to 15 years prison-time in Shura Council case. They were charged with “violating the protest law”, acquiring weapons during the protest, blocking roads, attacking a police officer and stealing his radio.

On 26 November 2013, protesters took to the Shura Coucil to demonstrate against a draft constitution that would allow military trials for civilians. Security forces dispersed the protesters with tear gas and rubber bullets.

“Alaa completed 100 days of full hunger-strike. After all the health complications during the last period, and the revival of his kidney problems, we talked to him and he agreed to turn to partial hunger strike,” the activist’s sister, Mona Seif wrote on her twitter account.