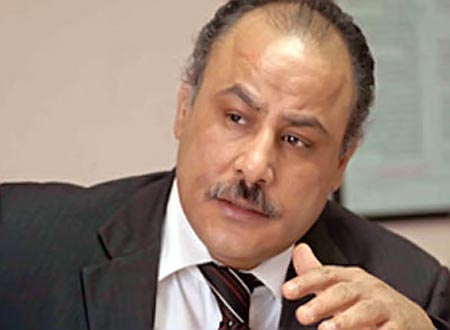 The human rights situation in Egypt is dire, according to Nasser Amin, Head of The Arab Center for the Independence of the Judiciary and the Legal Profession (ACIJLP) and member of the National Council on Human Rights (NCHR).

Amin added that the government should not use the “war on terrorism” as an excuse to commit human rights violations or issue exceptional laws. He explained that international standards apply, even in the midst of a war on terrorism.

How do you assess the human rights situation in Egypt during the last phase?

From 25 January [2011] to now, Egypt has entered into a different stage, a phase of violence and counter-violence as well as the outbreak of large-scale terrorist operations. We can asses this situation as unstable, especially since the state announced that it is engaged in a war against terrorism; this serves to expand the scope of human rights violations. Our role is to call on the government to respect human rights, and declaring a war on terrorism is not a justification to widen the scope of human rights violations or issuing exceptional laws. International standards apply, even in the midst of a war on terrorism.

During the latest United Nations Human Rights Council Universal Periodic Review in Geneva, Egypt received 316 recommendations, which is more than the number received in 2010.

The situation of the country in 2010 was fairly stable and 52 countries made recommendations, unlike in 2014, where 152 countries made two recommendations each, bringing the total to 300. The Arab, non-aligned, and Islamic groups also participated, which further increased the number of recommendations. Egypt is going through variable circumstances and after four years the situation has yet to stabilise following big political movements, egregious violations, and two revolutions.

As head of the ACIJLP, do you think that the Egyptian judiciary is truly independent?

The status of the Egyptian judiciary is in an extremely dangerous one, and their independence is in severe trouble. Until judicial laws are amended in accordance with the provisions of the constitution, judicial independence will continue to be troubled. We have many independent judges but we do not have an independent judicial system.

Are there any criteria for determining the independence of the judiciary?

We have 28 criteria to measure the extent of judicial independence, and if we apply them to Egypt, we will find out that very few are applicable. The rest are flawed in terms of selection and appointment criteria and gender-based discrimination occurs in some cases. There are also problems with regard to training, preparation, accountability, and separation of prosecution and investigation. The office of the public prosecutor is still affiliated with the minister of justice and in some cases combines the authorities of the prosecution and investigation, which represents a threat to the integrity of the investigation.

Can we classify some laws in Egypt as being notorious?

The status of Egypt’s notorious laws have not yet changed. We have legislative disasters and conflicting laws and we need a legislative revolution in order to purge the notorious and incomprehensible laws that could be used against political opponents.

Is there continuous contact between the NCHR and hunger strikers?

The NCHR has not stopped following up on the hunger strikers and is conducting ongoing visits. The NCHR called for a medical release for hunger strikers and an example of this is Ahmed Doma’s transfer to the hospital as well as Abdallah Elshamycase, as the NCHR contributed to his release. Our criticism is that we focused our attention on political activists and not on other hunger strikers.