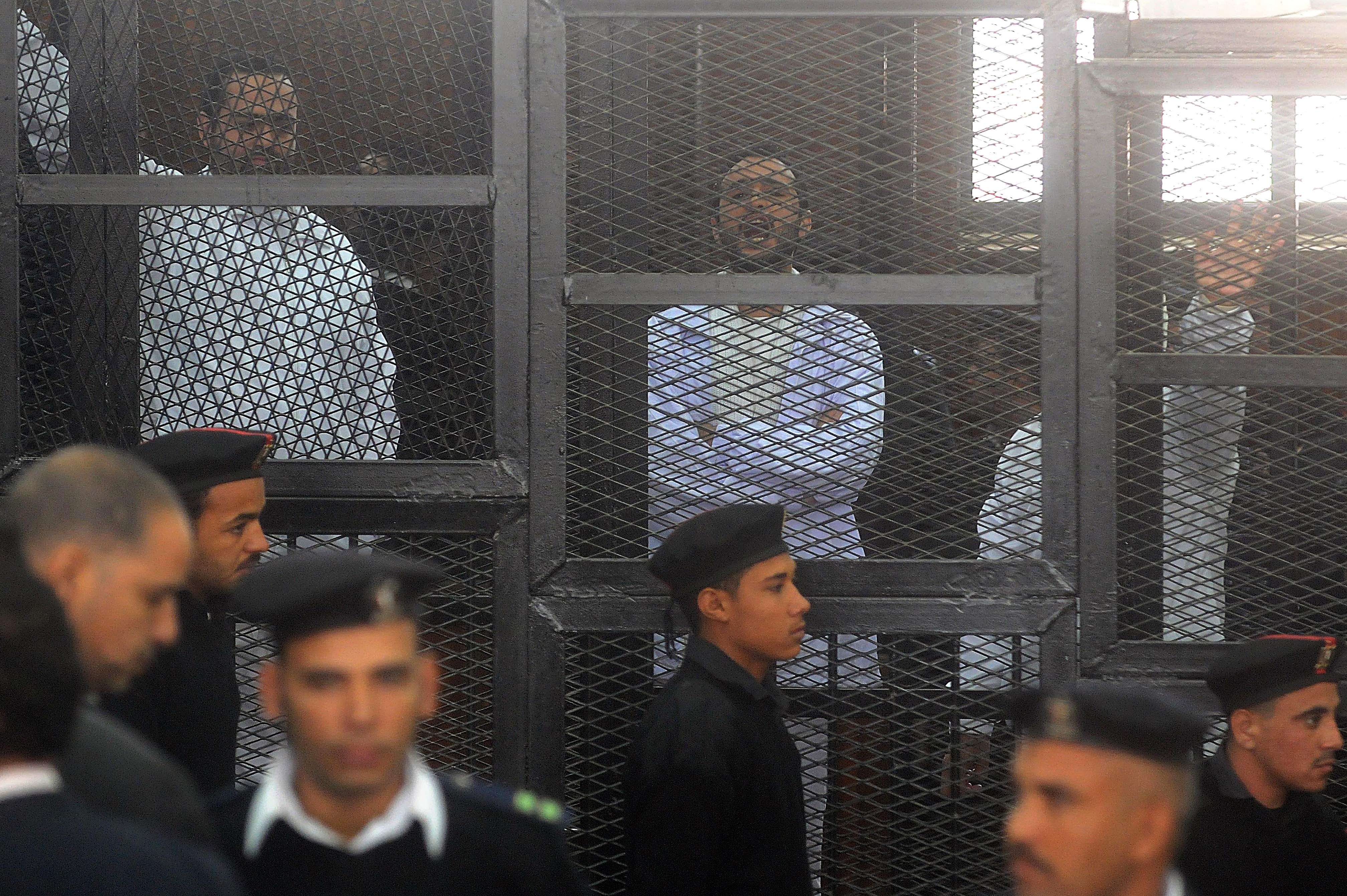 The defence’s plea nearly five hours before the court gave its final decision, according to member of the defence team Tarek El-Awady, who was tweeting live from court.

The defendants were sentenced in December 2013 to three years in prison and a fine of 50,000 EGP on charges of violating the Protest Law, attempting to break into the court, assaulting police personnel and engaging in violent activities.

Last June, the Hisham Mubarak Law Center (HMLC) published a report analysing why the condemning court verdict was flawed.  The report stated that some policemen’s testimonies did not match the accusations, were sometimes contradicting, vague and inaccurate, in addition to eyewitnesses not recognising the defendants in several instances.

On 28 November 2013, activists protested in front of the Abdeen Court to support their colleagues arrested a few days earlier in the Shura Council protests, involving 24 activists, as well as Alaa Abdel Fattah. Maher was already under investigations for alleged participation in the Shura Council protests, and willingly turned himself in a few days before being arrested in front of the Abdeen Court, after finding out that he was wanted.

Activists were accused of trying to interfere with Maher’s investigations. Douma is still facing trial for the cabinet protests clashes and the burning of Institut d’Egypte in 2011.

In both the Shura Council and the Abdeen Court demonstrations, protesters chanted against the Protest Law and military trials for civilians, and demanded the release of political detainees.

The Protest Law was issued earlier in November the same year, and required citizens’ to notify the Ministry of Interior prior to any public assembly.