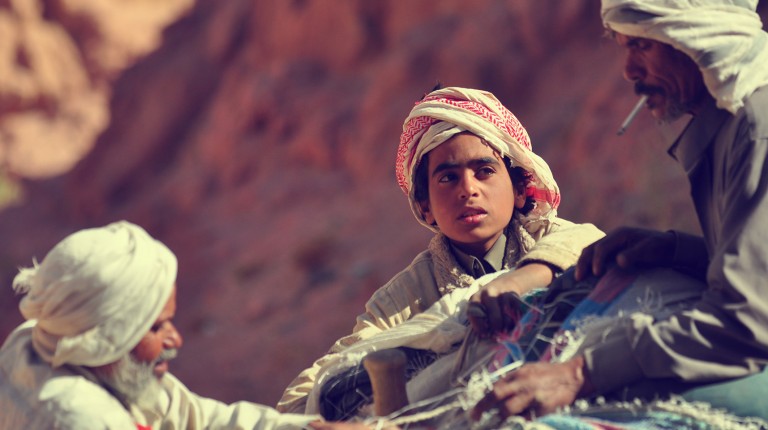 Details differ from one face to another. Anger, peace, sadness, and other emotions show on the faces. The painted heads have nothing in common, except that they all have plants growing from them.

“On Identity and Fingerprint,” a permanent exhibition which is hosted on the walls of the Swiss Embassy in Cairo, features work by Nevercrew collective and Bustart from Switzerland, and the Egyptian artist Mohamed Khaled.

People’s identity is reduced to their fingerprints, said Fatma Hindawy, the exhibition curator. Her idea was inspired by a British scientist’s theory that categorises human fingerprints into four groups in an attempt to identify them.

“For someone to express their identity, it’s a very complex issue,” she said, “not just a picture and a fingerprint.”

Over a duration of five days, each of the participating artists worked on a piece that tackled the topic from a different perspective.

One of the exhibited pieces, which showed heads as a container for plants, linked identity with thoughts.

“If your thoughts are good, then you’re identified as good,” said Mohamed Khaled, who painted the piece. “Your ideas are the most important thing.”

Another piece, which focused on the relationship between different identities, showed a cloud raining. The piece referred to the positive impact of differences on people.

The “open concept” suits the nature of the exhibition, Hindawy said.

“When you curate a graffiti show, you cannot force a very specific concept on the artists,” she said, “I have to give them their space to think.”

The project also aims at empowering freedom of speech through art, she added.“Street art is the right tool to approach the masses.”

The exhibition, unlike exhibitions that are hosted in museums, is open to a wider audience. During preparations, people walking in the street used to stop and interact with the artists, initiating conversations about the pieces.

“People in the streets are smart enough to think,” Hindawy said. “They just need someone to provoke their thought.