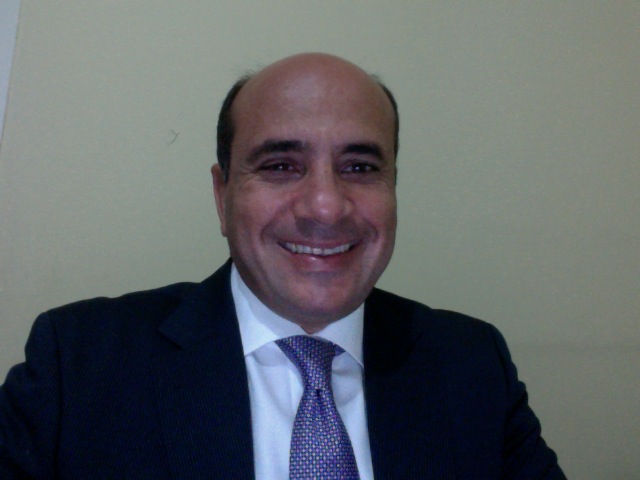 Egypt has not changed a bit! It claims to have gone through two revolutions in less than three years and it has managed to have four different rulers since Mubarak was toppled from power, and has been shaped by the diverse styles of its successive rulers. However, the same mindset that was in place prior to 25 January 2011 continues to rule Egypt.

Egyptian rulers have a tendency to think big, but they fall short of delivering the fruits of their grandiose plans; in other words, they have a tendency to “overpromise” to their citizens. Each ruler raises citizens’ expectations in his own way, but eventually has to face them with the ugly reality of not being able to realise his promises. The relationship between the ruler and his followers is a trade-off between faith and hope; the ruler gives the people hope for the future and asks them to have faith in him. Rulers don’t realise how fragile the bond between them and their followers really is – not until they discover, in surprise, that that bond has been cracked.

No football team can improve its performance simply by changing the president of the football club, while maintaining its essential components (players, coach, manager, game plan and even fans). The new club president believes that, by injecting fresh spirit into his team, he will affect its performance – even though he has not changed the old tactics, tools and players. While this fresh spirit may lead to positive results for the duration of a few games, the team will certainly revert to its habitual poor performance if none of the above-mentioned components is changed.

The Egyptian governmental system is known for its inefficiency and low productivity. Ordering the government’s top executives to start their work day at 7am will not make them any smarter or more efficient, or even more productive. Al-Sisi is certainly a highly disciplined president, and he wants to convey his special skills to the members of his cabinet. However, the real challenge does not concern the two to three dozen cabinet ministers; it lies with the seven million inefficient Egyptian government employees. To address this challenge, there is a need for major technical reform, backed by inspiration. Since neither is taking place, government bureaucracy persists unchanged.

Egyptian bureaucracy was not developed coincidently; it was designed with the specific purpose of creating huge entities to support the ruler, entities that can be used as an shield by the ruler should the need arise. Therefore, unless a proper democracy is in place in Egypt, modernising and empowering the bureaucracy will not be in favour of the ruler. Consequently, no ruler has any serious intention of reforming the government.

The Egyptian mindset revolves around a single word: loyalty. Above all, the head of any entity looks for people who are blindly loyal to him, believing that he can play the role of the creative stimulator, and that all he needs in order to succeed are people who will implement his ideas without questioning him.

In the formation of any Egyptian cabinet, the prime minister’s advisers often search out loyal technocrats to be assigned to ministerial posts – individuals who are well trained in obeying governmental instructions, who have never dared to disagree with their supervisors, and who therefore won’t debate any issues with the prime minister or the president. One of the key reasons why government projects move from one failure to the next, never learning from previous mistakes, is because they continue to be driven by this singular mindset. To this day, for example, no one knows if the major Egyptian development project of Toshka has been a success or a failure, or whether or not we should continue to invest in it. This basic information is not yet known to the masses.

The loyalty issue has become one of the main obstacles preventing any ruler from seriously encouraging political participation or establishing an inclusive government.  Rulers who are forever looking for loyal executives will never be able to communicate with individuals who are indifferent to them. Egyptians traditionally believe in the concept of “winner take all”; it is a mindset that won’t change easily, regardless of the ruler’s ideology.

The old story of a man looking for the missing key in the streetlight when it has been lost in the park across town represents the real dilemma faced by consecutive Egyptian rulers; they address the problem far from its source. They don’t want to tackle our core problems by resolving them, preferring to ignore them and to create a new, parallel structure in which they claim to tackle the core issues, but in fact create no more than unsustainable, superficial solutions. These new parallel systems have become a burden on the state, which it has not been able to resolve to this day.

The above phenomenon was begun by Mubarak’s latest government, headed by Dr Ahmed Nazzif. Most of the key ministers in that government hired dozens of executives and advisers on whom they relied, marginalising the role and status of the old guard in government. While this strategy may have succeeded in allowing for the development of better policies in the short term, it eventually resulted in a government constituted of less-qualified executives.

The recent traffic law that was introduced a few weeks ago (I personally suspect that the majority of traffic police officers and personnel are uninformed about the law’s articles) is another example of the Egyptian ruler’s mentality. Introducing a new, stricter traffic law while keeping the same police officers with the same old mindset and performance levels won’t lower the number of severe traffic violations that are plaguing Egypt. Even after the new law came into force, citizens can easily witness the deteriorating traffic conditions on their daily commutes.

Reducing fuel subsidies is a positive step, a step that all previous governments intended to take, but that only the current government had the guts to apply. However, reducing fuel subsidies simply means moving the burden from the government to the public, while fuel consumption remains unchanged. The real challenge lies in reducing the use of private transportation at the expense of the public transportation system, and this requires a major expansion and modernisation of the public transport sector.

Egyptians tend to believe in turning a blind eye to the means for the sake of achieving the ends. In reality, however, the challenge that Egypt has been facing for years is that of being stuck with unsuccessful ends, in addition to an accumulation of poor means that have themselves added to the list of Egypt’s chronic problems. Today, this combination of ineffective means and catastrophic ends constitutes the primary challenge to the Egyptian economy.

Major reforms are needed to address the problem of the Egyptian government’s inefficiency and low productivity. Al-Sisi needs to enter this dark room, place a brightly-lit bulb in its centre and open its windows and doors, thus enabling Egyptians to take in the problem and comprehend its difficulty. He should then listen to the ideas put forth by Egyptian citizens on the best means for achieving the needed reforms. We need to use innovative thinking and fresh views to tackle our problems. Being bolder – but keeping the same mentality – won’t help to develop Egypt.

Mohammed Nosseir is an Egyptian Liberal Politician working on reforming Egypt on true liberal values, proper application of democracy and free market economy. Mohammed was member of the Higher Committee, Headed the International Relations of the Democratic Front Party from 2008 to 2012.