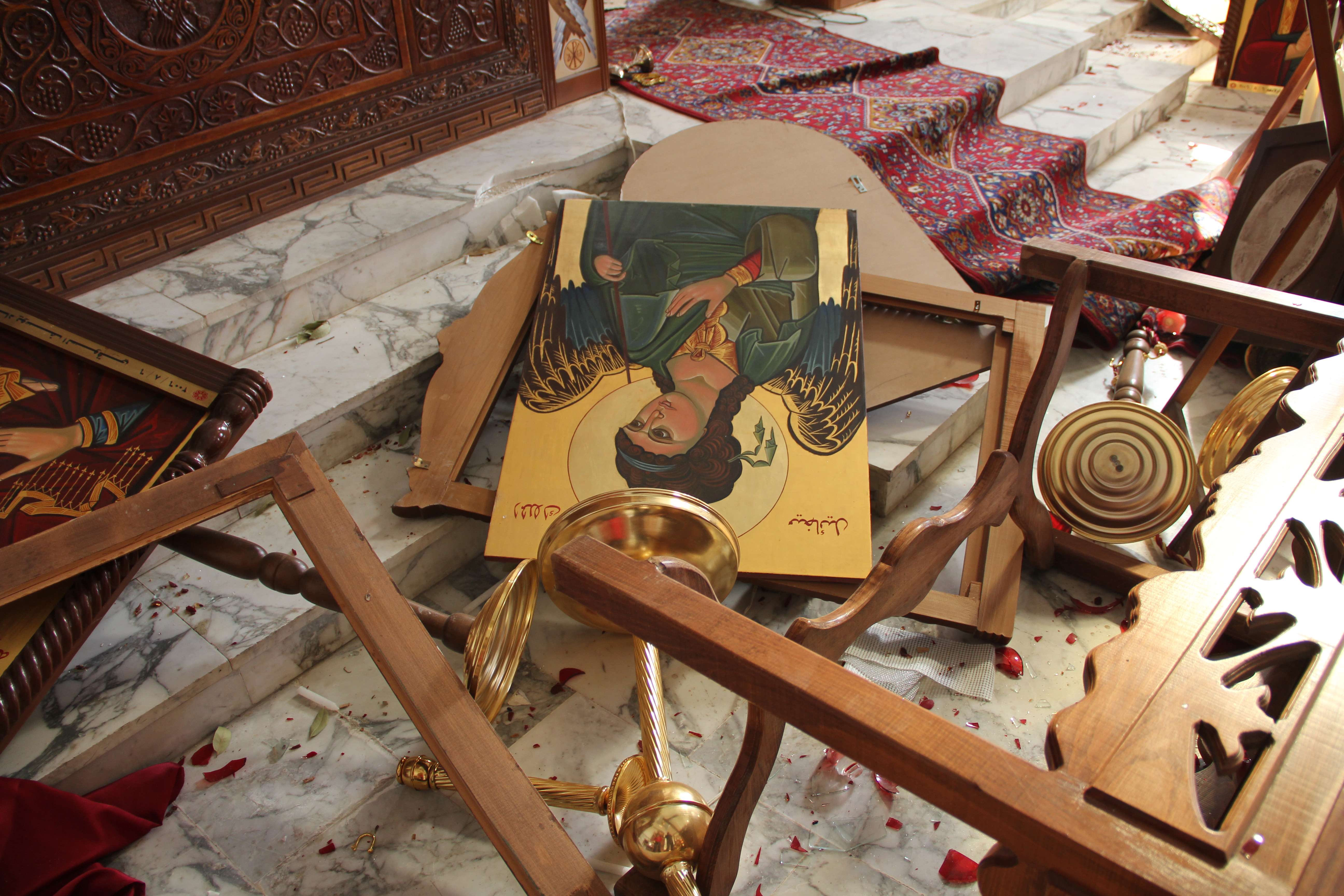 AFP – Four people were killed on Tuesday in a suicide bombing in central Damascus, Syrian state television reported, after rebels seized a historic Christian town north of the capital.

State television said the suicide attack in the Jisr al-Abyad neighbourhood killed four and injured 17, and the Syrian Observatory for Human Rights said it appeared to have targeted a government building.

North of the capital, rebels exchanged fire with government troops outside Maalula, a day after opposition forces captured the Christian hamlet in the strategic Qalamoun region.

The small town is renowned as a symbol of the long Christian presence in Syria and is famous for the fact that many residents still speak the ancient language Aramaic, which Jesus Christ is believed to have spoken.

The town fell to the opposition late Monday and remained in rebel hands on Tuesday, the Observatory said.

“There are some exchanges of fire with army forces outside the town, but there is no major fighting and the opposition controls Maalula,” Observatory director Rami Abdel Rahman said.

Rebel forces, including the jihadist Al-Nusra Front, swept into Maalula from the surrounding hills after rolling explosive-laden tires onto regime troops below.

Most of Maalula’s 5,000 residents fled in September, when rebel forces first entered the town before being pushed back to its outskirts by the Syrian army.

But the Vatican’s ambassador to Syria Mario Zenari told AFP that 12 Syrian and Lebanese Orthodox nuns had been abducted by rebels.

All communications with the town have been cut since Monday, an AFP correspondent in Damascus said.

“The presence of the terrorists inside Maalula is but a matter of hours. A military force is headed there to help the forces present on the outskirts of the town cleanse it of terrorists,” he said.

The rebel capture of Maalula comes amid a regime advance elsewhere in the surrounding Qalamoun region, where government troops have taken the towns of Qara and Deir Attiyeh.

They have also seized 60 percent of the biggest town in the region, Nabuk, and the Observatory said fierce clashes continued there on Tuesday, with two men and a woman killed by regime shelling.

The regime is seeking to capture all of the Qalamoun area in a bid to sever rebel supply lines across the nearby border with Lebanon and secure the strategic Damascus-Homs highway.

Nearly 126,000 people have been killed in 33 months of fighting in Syria, according to the Observatory, and the UN human rights chief said Monday there was evidence of both war crimes and crimes against humanity in the conflict.

“The evidence indicates responsibility at the highest level of government, including the head of state,” UN human rights chief Navi Pillay said in Geneva.

It was the first time evidence by a UN-mandated commission has directly implicated President Bashar al-Assad in crimes committed during Syria’s civil war.

The four-member UN investigative team, which has been probing rights violations since shortly after fighting broke out, has accused both the regime and the rebels of war crimes.

For the first time however, they have now produced a long and confidential list of suspected perpetrators.

With no access to Syria, the investigators had to rely on more than 2,000 interviews in neighbouring countries or by phone or Skype.

Pillay told reporters in Geneva the names would remain sealed until they could be provided to a “credible” national or international investigation, and reiterated her call for the case to be handed over to the International Criminal Court in The Hague to ensure accountability.

“The scale of viciousness of the abuses being perpetrated by elements on both sides almost defies belief,” she said.