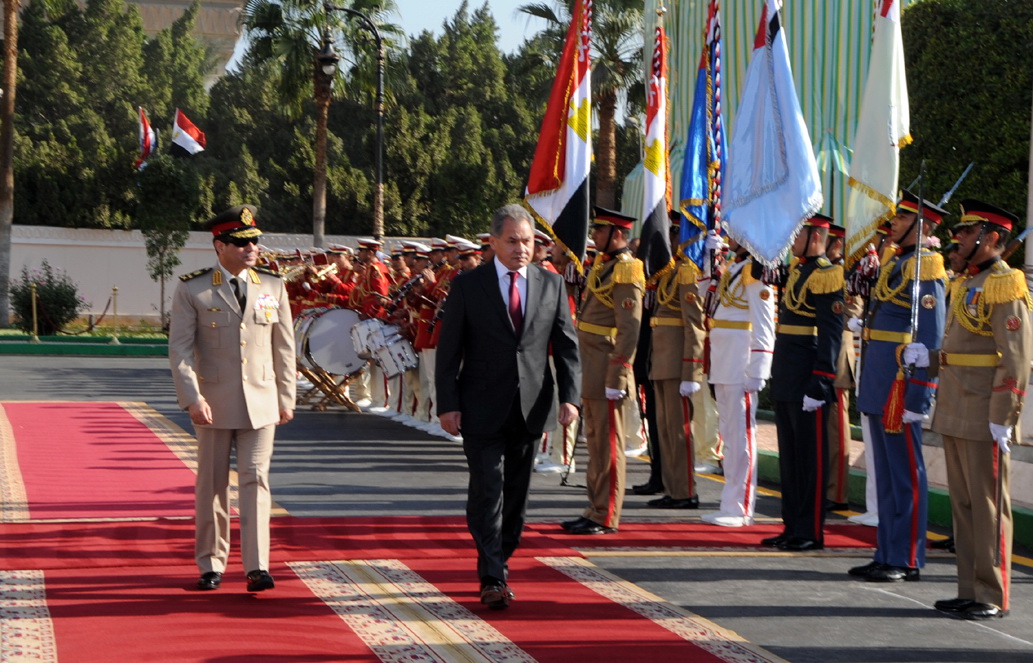 According to Al-Ahram, the joint-meeting, which also included other chiefs of staff, ran for three hours. However, a private meeting between both ministers resumed behind closed doors for another thirty minutes.

The Ministry of Defence greeted his Russian counterpart with an official reception ceremony at the ministry’s headquarters in Cairo, which was attended by General Sedky Sobhy.

The Russian defence minister’s visit is the first of its kind since the expulsion of Soviet military advisers from Egypt by Anwar Sadat in 1972.

The state news media alleged that the meeting highlighted the need to use the historic and strategic relations between the two countries to foster a novel, constructive military cooperation.

The US decision to partially and temporarily cut off military aid on 9 October created speculation that a compensative arms deal between both Russia and Egypt is being negotiated.

The military spokesman’s office said that they were not authorised to disclose the events of the meeting.