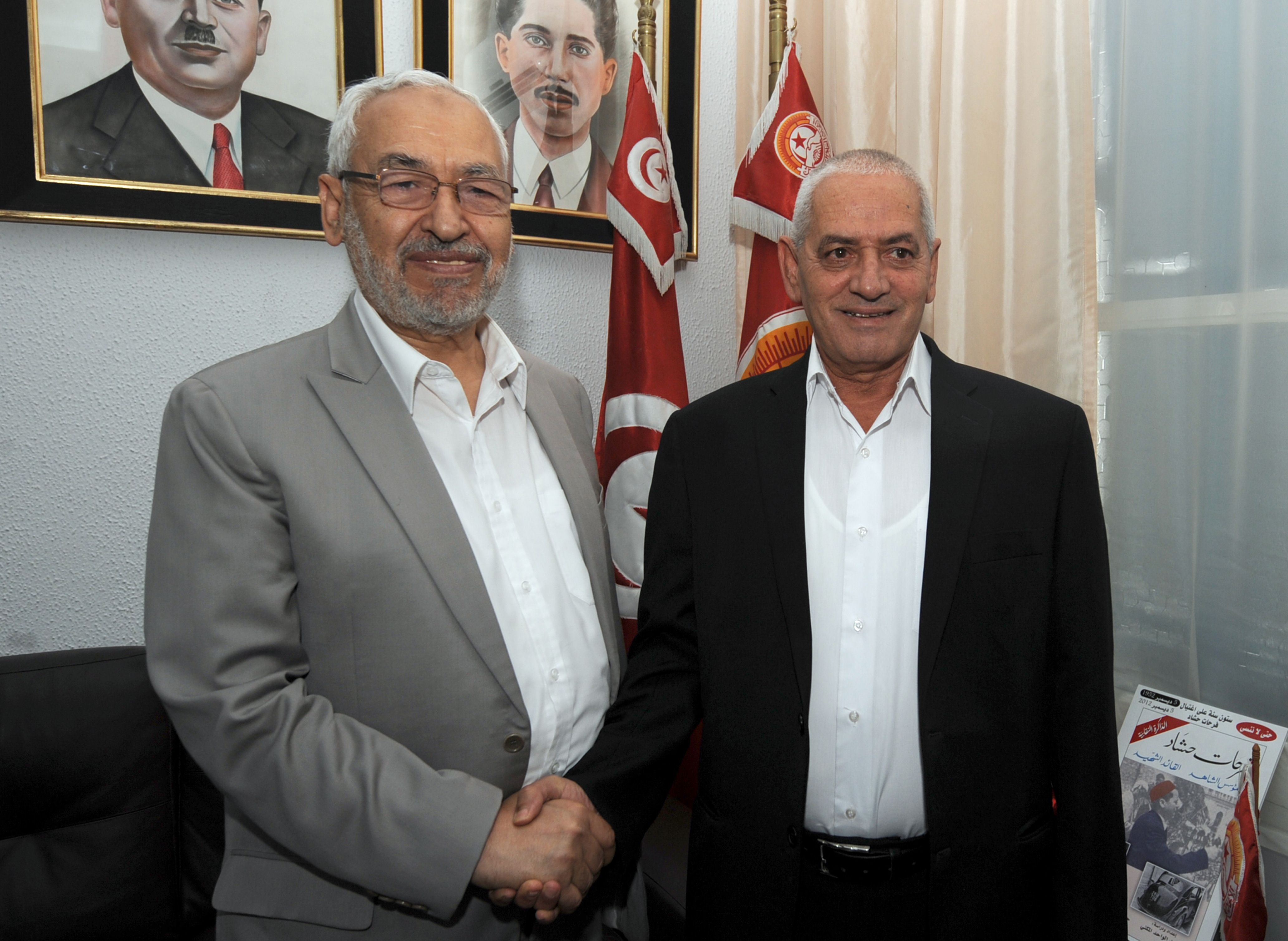 AFP-  Supporters and opponents of Tunisia’s Islamist-led government were expected to flood the streets of the capital in rival rallies Tuesday marking national women’s day, after a bid to resolve a weeks-old crisis foundered.

The government led by the Islamist Ennahda party and its detractors have been locked in a bitter feud sparked by the murder in July of an opposition politician, the second such killing this year.

The opposition accuses radical Salafists of the murders and blames the government for its failure to allow their influence to go unchecked since the Arab Spring uprising in 2011 toppled the former regime.

The government has called on its supporters to gather from 1500 GMT Tuesday in the capital’s central Habib Bourguiba Avenue, epicentre of the 2011 uprising.

Ennahda said the rally would be held under the slogan “Tunisia’s women, pillars of the democratic transition and national unity”.

The opposition, which has accused Ennahda of flouting the rights of women, has called a rival rally from 1700 GMT to be attended by members of the powerful UGTT trade union confederation and a number of women’s groups.

Ennahda chief Rached Ghannouchi and UGTT chief Houcine Abbassi met for more than four hours late Monday and early Tuesday in a bid to ease the crisis but failed to achieve any concrete results.

They are due to hold further talks this week.

The 500,000-strong UGTT, which has backed some but not all of the opposition’s demands, has been touted as a possible mediator between the Islamist-led government and the opposition.

The union, along with employers’ organisation UTICA, has been urging the government to step down and hand over to a cabinet of technocrats.

But it is not backing opposition calls for the dissolution of the National Constituent Assembly whose work on a much-delayed constitution has been suspended over the crisis.

The government refuses to resign, offering instead to broaden the ruling coalition, and has called for general elections in December.

After their late afternoon demonstration, opposition protesters are due to rally outside parliament, as they have nightly since the July 25 assassination of opposition MP Mohamed Brahmi, who has been buried next to another slain politician, Chokri Belaid.

Authorities have said the same gun was used to kill Brahmi and Belaid in February, and accused jihadists of carrying out the two assassinations.

Government critics say Ennahda has been too passive in dealing with radical imams who have called for the return of polygamy and child brides — traditions banned inTunisia under the 1956 law.

The party drew further criticism last year when it called for sexual equality to be replaced in Tunisia’s new post-revolution constitution by “complementarity” of the genders.

Women’s day celebrates the anniversary of the adoption of the Personal Status Code on August 13, 1956, which gave women rights unequalled in the Arab world at the time.

Amel Radhouani, from the Femmes Libres (Free Women) group said Tuesday’s march would send a clear message to the Islamists in power.

“This will not be a celebration but a march against terrorism, and Ennahda’s attempts to take back women’s gains.”

UGTT official Najoua Makhlouf called the protest “historic” because it comes a time of “political killings, terrorism and attempts to roll back women’s rights.”