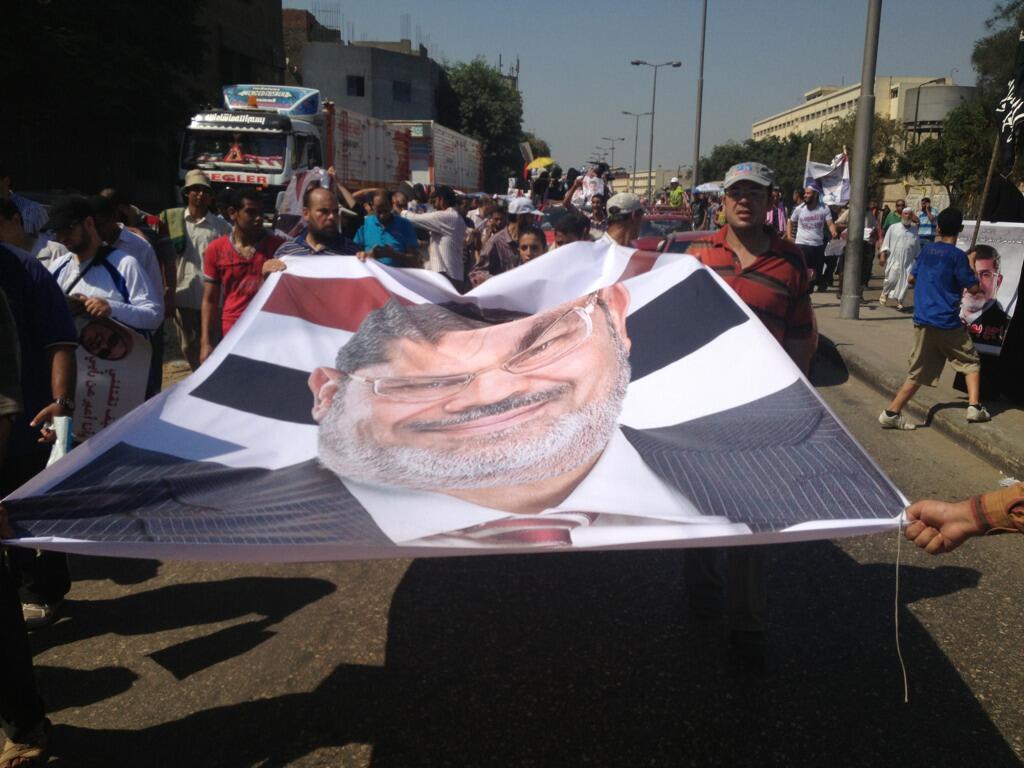 The Anti-Coup, Pro-Legitimacy National Alliance called on “the masses of the great Egyptian people” to march on Rabaa Al-Adaweya and Nahda Square after Friday prayers. In a statement released by the Muslim Brotherhood’s English language website Ikhwanweb on Friday, the Alliance congratulated the “tens of millions of Egyptians” who took to the streets on Thursday to participate in “Victory Day activities.” Thursday’s turnout, the statement continued, confirmed that “the coup has failed.”

The marches on Friday, the statement announced, will begin after Friday prayers and will depart from a total of 28 locations across Cairo to converge on the ongoing sit-ins at Rabaa Al-Adaweya in Nasr City and Nahda Square in Giza.

Demonstrators will march under the collective banner of “The people want to overthrow the coup”, the statement added, and will join together in “peaceful protest and peaceful struggle to restore the democratic process”, defeat the “coup” and reinstate “the legitimacy of the January 25th Revolution.”

Marches in the Cairo governorate are scheduled to leave from a number of locations in Shubra, Ain-Shams, Al-Zeitoun, Nasr City, Maadi, Helwan, Dar-El-Salam, Ramses Square and Old Cairo, and are expected to converge at the Rabaa Al-Adaweya sit-in in Nasr City.

Marches in the Giza governorate are planned to converge on Nahda Square by Cairo University, and will depart from various points in Giza, Dokki, Kit Kat, Mohandiseen and El-Haram.

“God save Egypt,” the statement concluded, and “its people and its army from the wicked deeds of some of its leaders.”