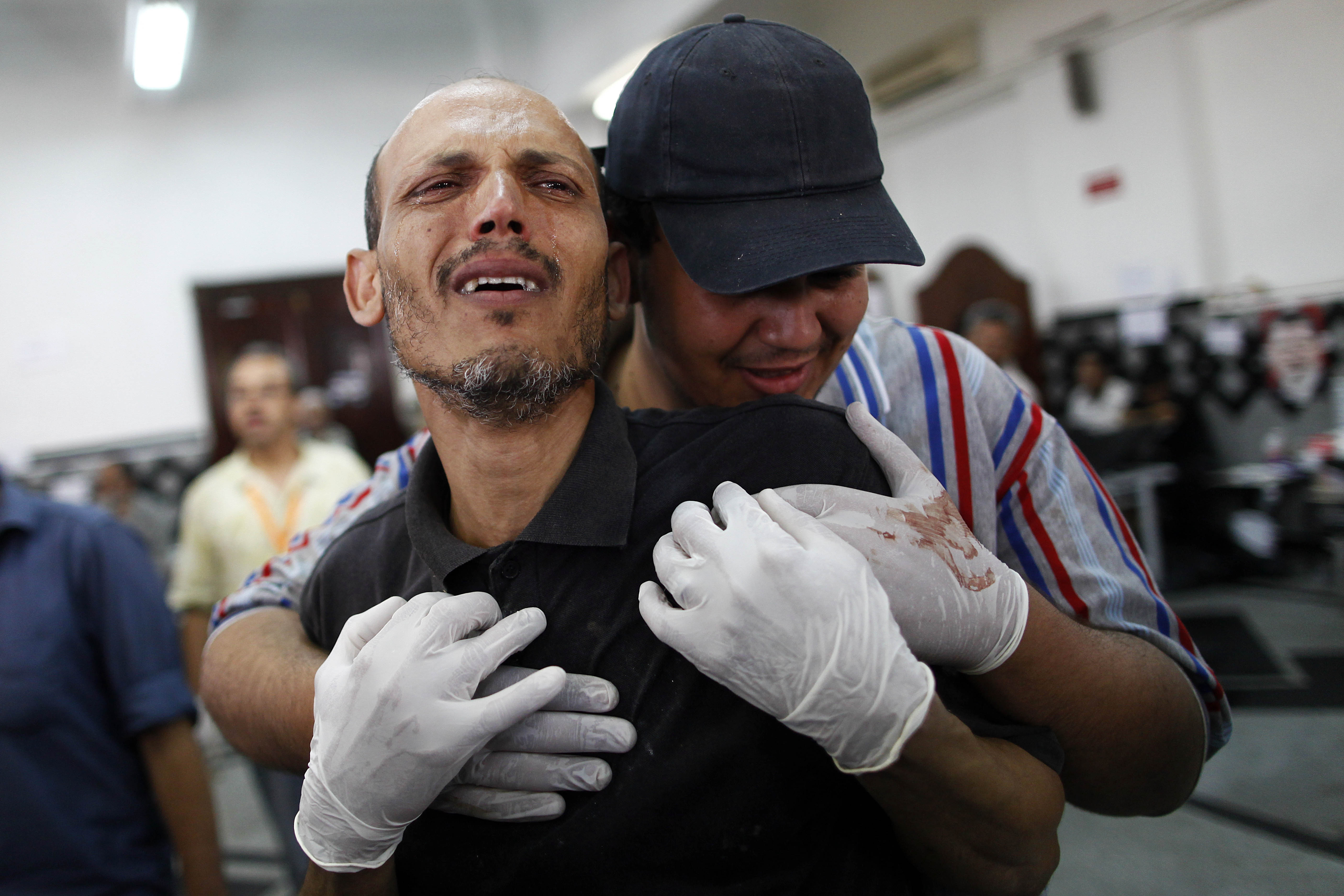 All remaining detainees arrested following the Republican Guard clashes were released on Sunday.

At least 646 were arrested on Tuesday for complicity in clashes outside the Republican Guards headquarter Monday dawn between army forces and pro-Morsi protesters which left 53 civilians and 4 security personnel killed.

The detainees were charged with murder, attempted murder, attacking public institutions and possession of weapons, among other charges. Al-Hafy denied any truth to the accusations, describing them as “fabricated”.

“They’re guilty of praying at dawn outside the Republican Guards headquarters,” Al-Hafy said. “All those injured fell while kneeling or prostrating during prayer.”

Al-Hafy stated that if the public prosecution were fair, it would have released all detainees without bail. “Yet, the state lacks any form of legitimacy, as it is now led by army tanks.”

440 detainees were released on Wednesday on an EGP 2000 bail each.

The Front to Defend Egypt’s Protesters announced it would not assist detainees accused of taking part in the Republican Guards clashes, refusing to defend “those who take up arms.”

Clashes at the Republican Guards Headquarters broke out on 8 July at dawn between protesters supporting former president Mohamed Morsi and security personnel. While pro-Morsi protesters claim they were attacked during their peaceful sit-in, the armed forces claim that the protesters instigated the violence by using arms and attempting to storm the headquarters.