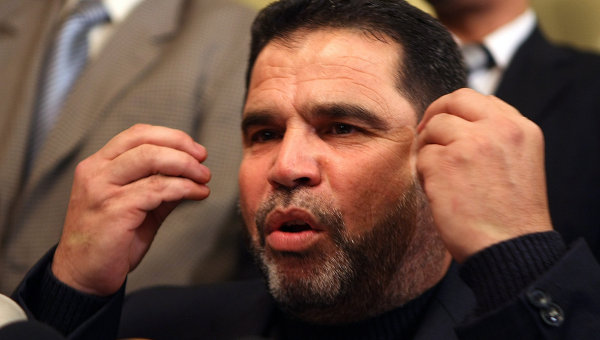 In an official statement on Saturday morning, Hamas leader Salah Al-Bardawil denied that his party had been affected by the Egyptian armed forces in the current period following former president Morsi’s ouster, denying accusations by Fatah.

He addressed claims that Hamas was involved in Egypt’s internal affairs, in clashes and that it supports the Muslim Brotherhood.

“From our continuous contact with the security apparatuses, the latter assured us that the accusations pointed at Hamas are void,” said Al-Bardawil in a statement to Al-Resalah, a Palestinian newspaper.

He called for prudence in dealing with what is published in the Egyptian media, describing these accusations as “media fraud” which aim to compromise Hamas’s position and reputation.

The Hamas leader emphasised that the movement is not in a crisis because of the situation in Egypt: “Hamas was not affected by side situations, it is an axis of its own, and it is biased to its principles.”

Al-Bardawil also claimed that figures of the security department of Fatah movement, led by Maged Faraj, were involved in the incitement of Hamas and the distortion of its positions through ‘fabricated accusations’, in cooperation with Egyptian media elements.

He stated that that there is ongoing contact with Fatah to eliminate these rumours, which are detrimental to the Palestinian issue.

Ismail Haniyeh, senior political leader of Hamas, and one of two disputed Prime Ministers of the Palestinian National Authority, had disapproved, during the opening ceremony of a mosque in Gaza strip on Friday, these ‘fabricated’ accusations. He said that this type of discourse “only serves the occupation and harms the Palestinian society”.

Ahmed Ali, the Egyptian armed forces spokesperson, told the Daily News Egypt on Saturday that the military deals with other armies, hence no contact whatsoever has been established with Hamas. He added that the Central Intelligence or the Ministry of Foreign Affairs might have contact with Hamas, but the not the military.