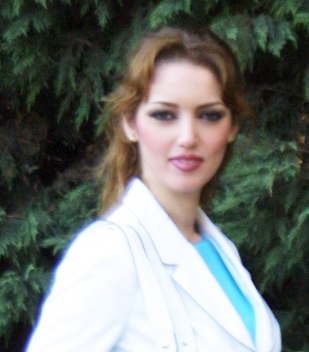 “No system of government can or should be imposed by one nation on any other… Each nation gives life to this principle [democracy] in its own way, grounded in the traditions of its own people. America does not presume to know what is best for everyone.” These statements belong to President Obama, expressed in his 2009 trip to Cairo, Egypt. He made a promise to stand in support for the democratic process of Muslim people, but why the sudden change of heart? Why was the US, which tolerated a dictatorship like Mubarak’s for 32 years or even the previous 60 years of military rule, suddenly so impatient with a nascent but still democratically elected president?

Explaining why a coup is a coup

No doubt that what we saw in Egypt in the last few days is a coup, and a very typical one. In the last two weeks, I have heard the most ridiculous and insincere excuses being used just to avoid this term. Since a coup is a sudden, violent and illegal seizure of power from a government, this is a coup d’etat by any dictionary or text book definition. It does not matter if the army has support on the ground, and it is not about who you got rid of, but it is about the methods you use to do it.

A coup is a coup in every part of the world; those who execute a coup d’etat are anti-democratic, their murderous, fascist methods are always the same; the same excuses, the same rhetoric and the same bloody scenes. The pro-coup mindset also has a common language. They use a polished style; they say “we are just here out of necessity”, “we don’t intend to stay long”, “we won’t interfere with politics,” and so on. However, despite their “noble” intentions, they bring bloodshed, illegal arrests and polarisation to the public.

When we look at the pages of history, there is perhaps one singular example in which a coup d’etat would have had a potentially positive effect: the German generals’ plot against Adolf Hitler in 1938. This military coup was planned in some detail, but never executed due to a sudden and dramatic change in favour of Germany’s diplomatic circumstances. In this wholly unique example, the removal of a murderous tyrant fully intent on the invasion and conquest of a peaceful neighbour would, arguably, have been of great benefit. However, President Mohamed Morsi is most certainly not Adolf Hitler; any attempt to compare these two radically different situations is not only illogical, it is downright silly. Furthermore, we can speculate that this aborted coup d’etat against the Nazi state would have been a positive development thanks to the benefit of historical hindsight; it is because we know what happened one year later (1939) that we can conclude with some confidence that overthrowing Hitler in 1938 would have most likely prevented the second world war and its horrors. But again, to compare the situation in pre-World War Two Germany to the situation in the here-and-now Egypt is to compare apples to oranges.

So while we have so much experience from history, and the same pattern repeating itself for the entire world to see, why is there such hesitancy to say that this is a coup? Why avoid the use of the precise term? Every single politician knows perfectly well that there is no such thing as a “democratic” coup. Overthrowing a democratically elected government and the seizure of power by military forces is exactly the opposite of democracy. Saying “Coups are bad, but this one is different” does not make sense either.

However, the coup in Egypt has been presented in a way as if anyone who opposes the military junta‎ is a fan of Morsi or the Muslim Brotherhood, so people who are loyal advocates of democracy did not speak boldly simply to avoid this false profiling. On the other hand, it is now glaringly obvious that not just the U.S. but almost the whole western democratic world sees this as an operation to remove a scourge, a proper move to get rid of an establishment they see as a threat.

Fear from the beginning

Actually, the west was quite worried about the Arab Spring in general, fearing that democratic elections would bring the Muslim Brotherhood to power in Egypt. This was exactly what happened when the Egyptian people were freed from their shackles. So people and governments from all around the world were fearful and watchful when Morsi was elected as a politically motivated conservative Muslim. It also became a nightmare for some in Egypt, including the secular military, and continued with the ruling military council’s pre-emptive strike to eliminate the power of Morsi. Thus, the coup was not the first battle Morsi faced but rather an end-game.

I am not a supporter of Mohammed Morsi since I am against the bigoted system he espouses, which is against the spirit of true Islam; but that certainly does not justify the military coup or the killing of unarmed people in any way. It is still hard for me to grasp how the supporters of 30 June cheered, for with the ultimatum of the Supreme Council of the Armed Forces (SCAF‎), anyone could foresee that this means nothing but division for Egyptian people, as well as condoning the potential murders of the army. I find this mindset quite frightening.

If the Egyptians will run to the army at every disappointment they face, and welcome back the ancien régime, why did so many people sacrifice so much to overthrow Mubarak‎ in the first place? Egyptians will continue to be diverse in terms of ideology, faith, opinion and expectations, they just have to learn to live together in harmony, and if they are going to “fight” each other, this should be done via legitimate means without ruining the democratic process.

Can there be a military-guided “democracy”?

Obviously not. If you side with a “democracy” that is protected and guided by a junta, you cannot talk about real democracy. It is contradictory in its nature and thus simply against all fundamental democratic principles. As a simple point of fact, it is a very ugly policy to attempt to sugar-coat a coup and it is shameful to support a military junta knowing that blood will be spilled. Nevertheless, most western politicians celebrate it, many Arab leaders show support, and even some in the streets cheer it on. How does the west deem appropriate a system, one that they would surely condemn in their country, as appropriate for another? If you try to correct people at the barrel of a gun, and advocate violence as the solution, which I will oppose by all means, then one must be ever-mindful of the horrible fact that the people in opposition may one day do the same to you.

If the army claims that it is only interfering to break up a fight, then why are there arbitrary imprisonments, one-sided blackouts of TV stations, murders of unarmed protesters and various forms of intimidation? Cutting a political leader’s connection with the world, arrests without transparent judiciary and spilling blood with snipers, is little more than a continuation of the same old ugly military dictatorship in Egypt.

Sinem Tezyapar is a political and religious commentator from Turkey, and an executive producer at a Turkish TV network. She is also the spokesperson of a prominent international interfaith organisation. She is working with inter-parliamentary and non-governmental organisations for the establishment of the United Nations Permanent Forum for a Culture of Peace and Global Ethics. Follow her on @SinemTezyapar.