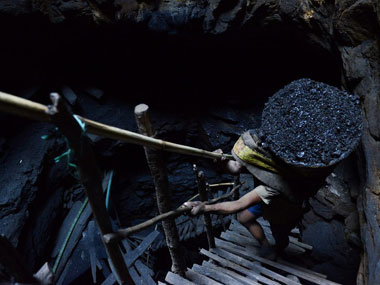 Egypt is not the only country seeking deeper involvement in this sector, Fahmy said, pointing to China, India, Germany and Brazil as countries that are also looking to boost reliance on clean coal as an alternative source of energy.

Egypt, which has been suffering from depleting international currency reserves, a symptom of the its ailing economy, has failed to provide its industrial sector with sufficient amounts of fuel, prompting many to cut their production capacities as an adaptive measure. This has raised the urgency for considering coal as an alternative energy source, an area where the outgoing government was reportedly progressing. However, a number of eco-conservative groups have expressed concerns over this move.

Fahmy explained, according to the MENA report a new technology would allow for the production of uncontaminated clean coal, with extraction and transport via a closed pipeline system. He added that the ministry has worked extensively to contribute to this program and work to meet the demands of the clean coal market. A final decision regarding Egypt’s clean coal energy sector, to be presented in front of the country’s Supreme Council of Energy, would take place after the country’s current energy crisis subsides.

A government research team recently set up to better study the issue suggested that coal be extracted from caves located throughout Sinai and then treated for enrichment. Such coal could be used to produce cement in Sinai. Coal imported from abroad, he stated, was currently transported through secure ports equipped with closed pipeline technology which prevent atoms from being volatised. Such a system requires advanced technology, high levels of investment and a professional staff. Egypt, he said, was seeking to acquire such knowledge and expertise with regards to the production of local cement via clean coal, in addition to working to acquire new ovens and carbon traps used for production.

He added that fees and tolls set to be imposed on each ton of coal imported have also been agreed upon and set by the ministry, with a special fund created to pay for the administrative costs of promoting forestation in regions that possess large quantities of coal. The ministry agreed not to construct coal factories in residential or highly populated regions.