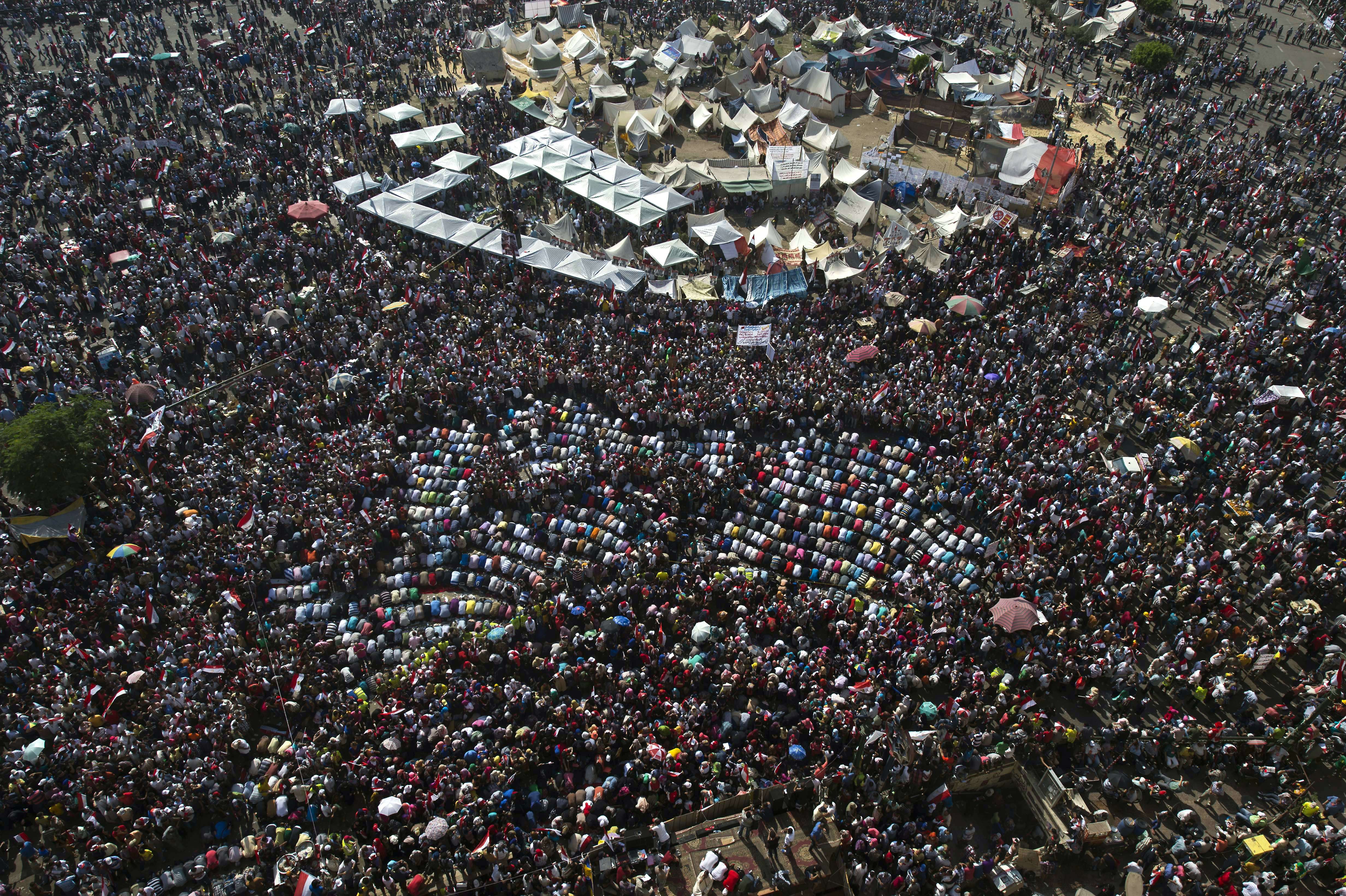 The Egyptian economy’s woes will likely persist even after nationwide protests subside, experts have predicted.

“We’ve already been feeling the weight of an ailing economy for the past two years; no country has seen three years of unrest like we have,” said economic expert Magdy Toulba.

He further explained that “economic crises are rather more complicated than political ones, as they are not healed by protests and demonstrations, but rather require huge efforts and stability”.

Toulba believes that it may take Egypt years to overcome its economic recession, but the first step is a return to stability.

Toulba said that President Mohamed Morsi’s ouster will not be a “knockout” to the Egyptian economy, however, adding that “during Morsi’s year in power, the Egyptian economy did not see any noticeable reform. Theoretically, after three years of fluctuation, people may assume that our economy will fall once again, but realistically speaking, [the drop] won’t be noticeable.”

Regarding Egypt’s request for a $4.8b loan from the International Monetary Fund (IMF), Toulba said negotiations will definitely be put on hold given the current lack of clear political leadership.

Meanwhile, economist at EFG-Hermes Mohamed Abo Basha confirmed the predicament. “We are suffering from an economic crisis, which may be exacerbated regardless of Morsi’s future,” he said. Abo Basha qualified however that “in the last two years Egypt witnessed a political deadlock which is currently subsiding and there is positive sentiment.”

Regarding the investments turnover on the local market, Abo Basha asserted that the feedback of investors will depend on a “visible” stability.

“Morsi’s ouster won’t specifically affect the economy, but the tourism sector may worsen even more, given that the unrest will continue, leading to the cancellation of bookings,” he said. Tourism accounts for an average of 11.3% of Egypt’s Gross Domestic Product (GDP).

According to Bloomberg News, countries experiencing three or more years to restore stability in times of political transition are more likely to suffer extended weak growth, as investors wait on the sidelines. Caroline Freund, a senior fellow at the Peterson Institute for International Economics and former chief economist for the MENA region at the World Bank, said that since the January 25th Revolution, ongoing political turmoil had damaged the country’s revenues from tourism and foreign direct investment (FDI.) According to Freund, June 2013 saw 2% economic growth, down from 5.1% in 2009/2010 before the revolution.

She also highlighted the drop in the Egyptian pound’s value against the US dollar. The pound, which reached about EGP 7.02 against the dollar in the official market, has lost about 25% of its value since the revolution.

“Egypt is approaching the three-year mark that separates the rapid transitions from the rest,” Freund said. “Politicians need to produce an inclusive and predictable plan for a functioning democracy and undertake rapid economic adjustments. The costs of continued delay will be enormous, including years of rising unemployment.”

Freund asserted that “by acting quickly”, countries such as Chile, Poland and South Korea together experienced average per-capita growth of about 5% a decade after their transitions began, while in Mexico, Romania and Zambia, slow transitions lead to growth averaging near zero for a decade.

The contrast between Poland and Romania is striking, as in Poland’s case economic success was facilitated by peaceful elections and clear, market-oriented reforms.