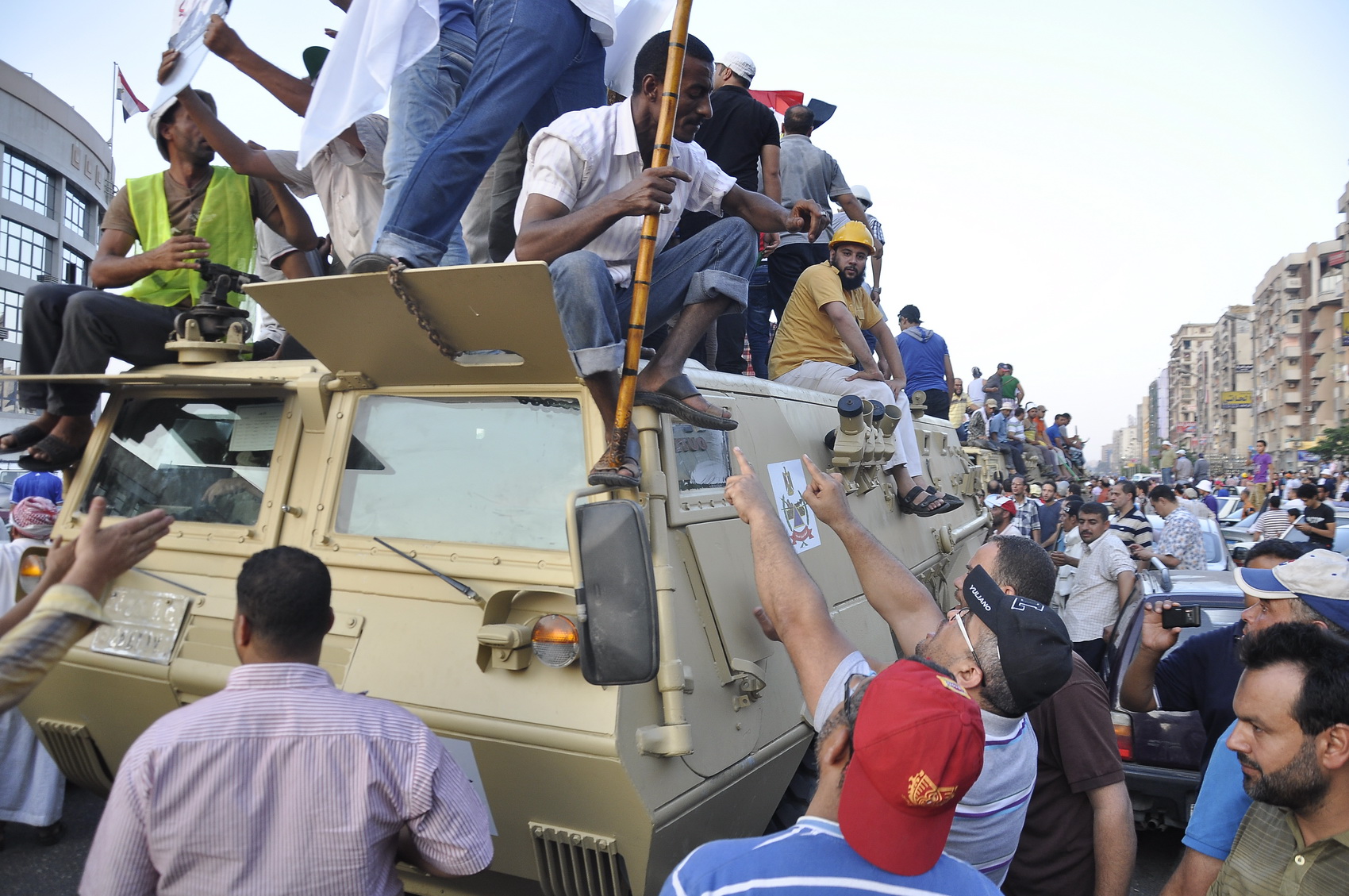 Soldiers and armed vehicles have been deployed on the Autostrad, just metres from a pro-Morsi sit-in at Rabaa Al-Adaweya.

Troops fired in the air in response to protesters trying to stop them from closing in on the sit-in.

Amid panic and fear of a possible military attack on the sit-in, thousands of protesters surrounded the soldiers and vehicles, chanting against Minister of Defense Major General Abdul Fatah Al-Sissi and appealing to soldiers to not attack  protesters.

The area reverberated with chants of “Leave, Al-Sissi” and “Oh, God! Allahu Akbar!” while other protesters invoked martyrdom in the name of God and courage in the face of a threat.

A Ministry of Defense statement was expected imminently at time of press.