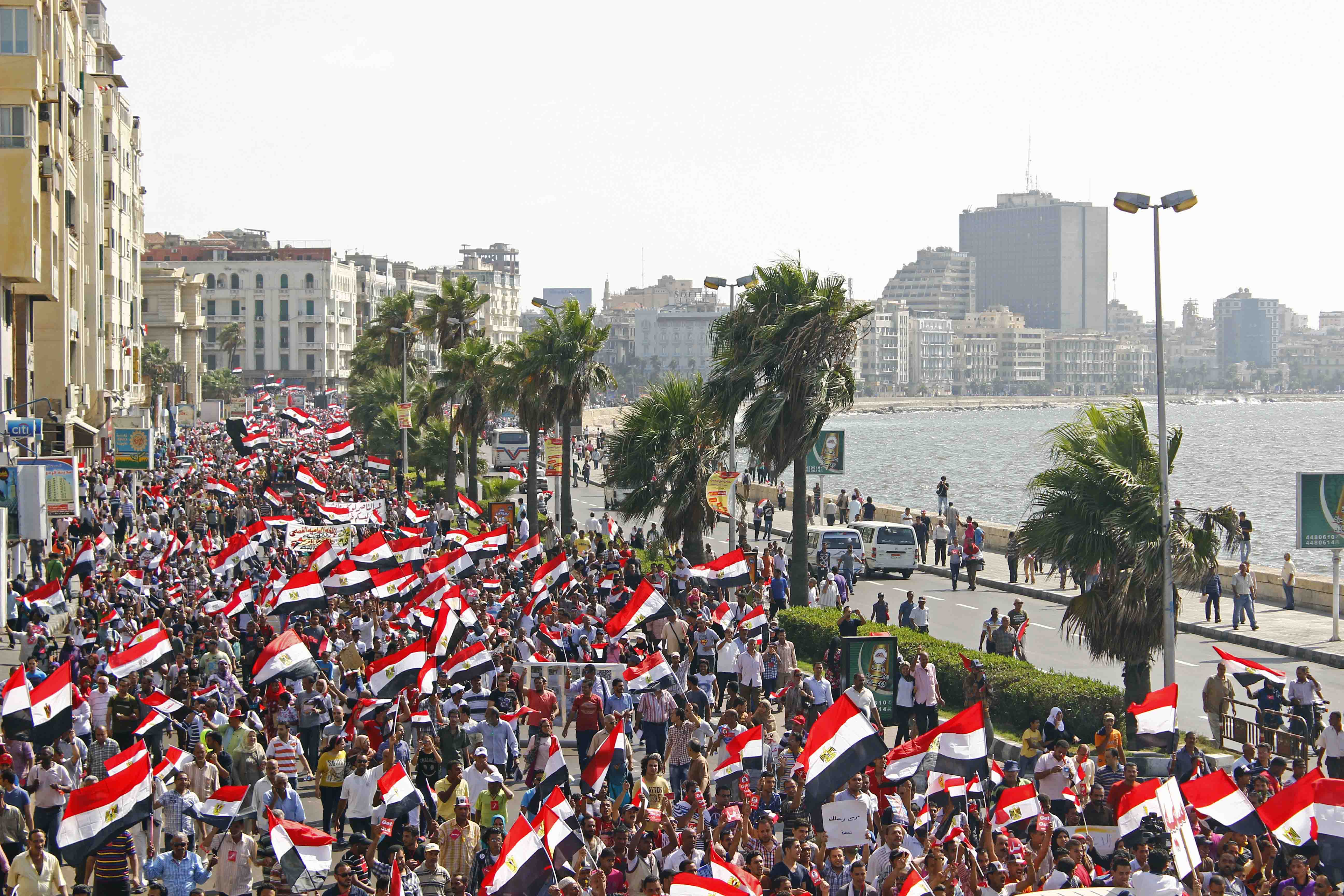 Protesters gathered in Alexandria, Minya, Menufiya, Suez, Daqahleya, Beni Suef, Port Said, and in Tanat and Mahalla in the governorate of Gharbeya on Sunday.

They gathered in response to the calls by Tamarod campaign to hold protests on 30 June, which marks the one year anniversary of President Mohamed Morsi in power.

While protesters across the country marched in objection to the current regime, Beni Suef experienced deadly violence, when at least one person was killed and 37 injured after a protest was attacked by unknown gunmen, state-owned MENA reported.

Waleed Mohamed from the Social Popular Alliance Party said protesters had gathered near the security directorate. “The numbers were very, very large for Beni Suef,” he said. He said police intervened after the shooting.

The Ministry of Health reported 174 injured in seven governorates, as of 6.30pm Sunday.

In Mansoura, Daqahleya hundreds of thousands of protesters gathered. Mohamed Al-Mohandes from Mansoura claimed that the number even exceeded a million protesters. Al-Mohandes said no clashes have been reported.

He said the coordinating committees for the protests recently met and agreed on the points of entry and exits to and from the protests. “Security makes sure that no one gets in with weapons, party banners or demands that are different than those of Tamarod,” Al-Mohandes said.

Meanwhile in Suez, thousands took part in a march demanding that Morsi leave because of his failure to govern effectively. The protesters raised flags of Egypt, Suez and those of Tamarod campaign while chanting “leave”, “the people demand the fall of the regime” and “down with the rule of the Brotherhood.”