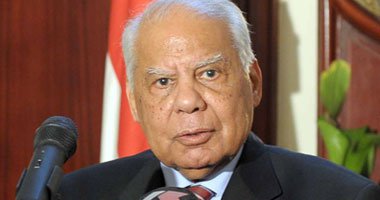 In the year since Mohamed Morsi’s inauguration as president, the country has been snowed over with countless hardships that have hindered its economic development. The performance of the president and his cabinet has drawn heavy criticism, ultimately leading to the organisation of the anticipated 30 June protests.

Hazem El-Beblawy, a former Finance Minister, as well as  former deputy prime minister for 4 months during the transitional period following the 2011 revolt, has recorded a number of economic blunders by the current government, which he detailed to The Daily News Egypt.

The former chairman and chief executive of the Export Development Bank in Egypt discussed decisions made by  the incumbent government, the $4.8bn loan with the International Monetary Fund and other pivotal issues, highlighting the difficult economic circumstances which Morsi inherited from the ousted regime.

From an economic perspective, how do you evaluate Mohamed Morsi’s government performance so far? And are there any new laws that might have developed or harmed the state?

From an economic perspective, the least that can be said is that it has not been exactly successful, and it lacked clarity. President Morsi supposedly comes from a background with a different vision: an Islamic vision in economics, in politics, etc. He did not, however, provide any clear landmarks for this vision. Therefore, it is not just a matter of managerial approach, but he also failed during the past period to introduce the economic or political definitions which he should be representing. This is the overall outlook.

Also, Morsi did not present a clear program. He delivered the same speeches that all politicians make about accomplishments, achievements and attracted foreign investments. However, we did not see any fully completed vision. During the past year, there were some economic diseases that needed to be addressed but weren’t: most dangerously was the budget deficit that is on the rise along with the balance of payments deficit, the increasing levels of foreign debts, and the absence of transparency in handling all this.

To be fair, he did not become president in the best economic conditions; problems existed. However, he did not prioritise issues that needed tackling. Several economic problems that already existed actually worsened. For example, we faced the fuel shortage problem before Morsi’s arrival, but the public never faced the same amount of trouble they do in the present. We should not expect great accomplishments, but in the least there should be some accomplishments and I don’t see any clear ones.

Moreover, economic developments don’t occur without security and political stability, and without people feeling the presence of a functioning system.

Egypt is going through a fuel crisis. Is rationing the fuel’s subsidy the optimum solution?

First, we must create a clear understanding for the public that the level of subsidies in Egypt is unsustainable, and the situation is critical. Subsidies have exceeded reasonable limits, and take more than 25% of the budget. This contributes to a broadening budget deficit, which forces us to borrow from other countries with interests as high as 25% of the budget. So in reality, subsidies represent about 50% of the total budget, which deepens the deficit. It is a pressing shortfall, and if continued may blow up into a dire threat to the Egyptian economy.

Secondly, we must deal with the subsidies issue more realistically and people must understand that they must accept some of the consequences; the cancelling of subsidies requires sacrifices from the public and therefore necessitates their acceptance.  It is crucial that they understand the scope of the danger that the current  size of subsidies impose on Egypt’s economy, and they must also feel that its rationing is done in a way that guarantees social justice. This can only be achieved through a relationship built on trust between the ruler and his people, in which the public believe in the ruler’s capabilities and intentions.

How can we achieve social justice and develop our economy simultaneously?

Social justice does not have an absolute fixed definition; it varies according to the conditions and the country’s welfare: the wealthier the country, the better the distribution of income will be. We must create a balance between various factors such as competence of officials and labour, production invectives and fair income distribution.

There has been an increase in our foreign debt, is relying on the foreign debt a vital step to assist us in solving the economic problems that we are facing?

Foreign debts are like an anaesthetic; they don’t solve economic problems, but they lessen the burden. Amid high subsidies and lack of foreign currencies, foreign debt is necessary for imports. However, reliance on debts must be done within a clear and disciplined monetary policy.

During the transitional period, the acting government was criticised for not sealing talks for the IMF loan, which has dragged on till now. Were there constraints that hindered finalising the deal?

When I first came into office, the then-ruling Supreme Council for the Armed Forces (SCAF) was against the loan and convincing them was a must to move forward. I was appointed Finance Minister in July, and we got SCAF’s approval in October. The negotiations were almost finalised before I left the position.

There were also some criticisms about the high spending of the foreign reserves during the 4 month transitional period?

The expenditure rate ranged between $800 million to $1billion per month, which is within normal rate to compensate the income we lost. While tourism, which brought around $12bn, decreased to around $ 8bn, income from foreign investments, which had ranged between $8bn and $10bn, slumped to zero. Meanwhile, our imports, which amounted to about $50bn, were of basic needs such as sugar, wheat, rice and industrial requirements of fuel, raw materials, primitive goods, semi-finished goods, clothes and the largest section: medicine.

Yes, it included some long-term consumer goods, which represented less than $1.5bn, but the majorly imported products were the necessities. If you examine our imports, you’ll see that we there was no room for further austerity.

After the revolution, governments should not be concerned with what the previous ones didn’t achieve, and focus on their own accomplishments. We definitely had a flawed inheritance and this is why we had a revolution. But we also inherited more than $36bn of reserves, limited internal and external debt, and large tourism revenue. Yes, Mubarak’s system had major flaws such as unequal income distribution, corruption and the prevalence of personal interests. Nevertheless, it was not all completely dim. Right before the revolt, growth rate was 7% for 4 consecutive years, foreign investments were on the rise and investing in the stock market became more attractive. This growth didn’t come about over night.

Do you believe that the constant factional demonstrations harmed the Egyptian economy?

We did try, without a deep perception of our financial situation, to appease the demonstrators and meet their demands. One demonstration led to another and once we started meeting demands of a specific sector, others, who might have suffered more injustice, started making different demands and demonstrating. The revolution was obliged to inform the public about the financial crisis, which did not happen. The revolution’s success did not mean it was time to distribute spoils, but rather it meant that there was more work to be done, after a burden was successfully removed.

Do you believe that the transitional government helped encourage the spread of these demonstrations?

The positive thing that resulted from this was that it gave a chance for the Muslim brotherhood and political Islam, which have always been persecuted and wrongfully treated for a long time.

The new 2013-2014 budget relies on reducing the budget for national projects, what’s your opinion on the matter?

What are your expectations for the Egyptian economy during and after June 30?

No one can really anticipate what will happen. The most important factor for the economy to flourish is political stability. If this stability is absent, the economy will not develop. A powerful legal system and an independent judiciary system are essential prerequisites. The presence of these fundamental s will encourage internal and foreign investments.