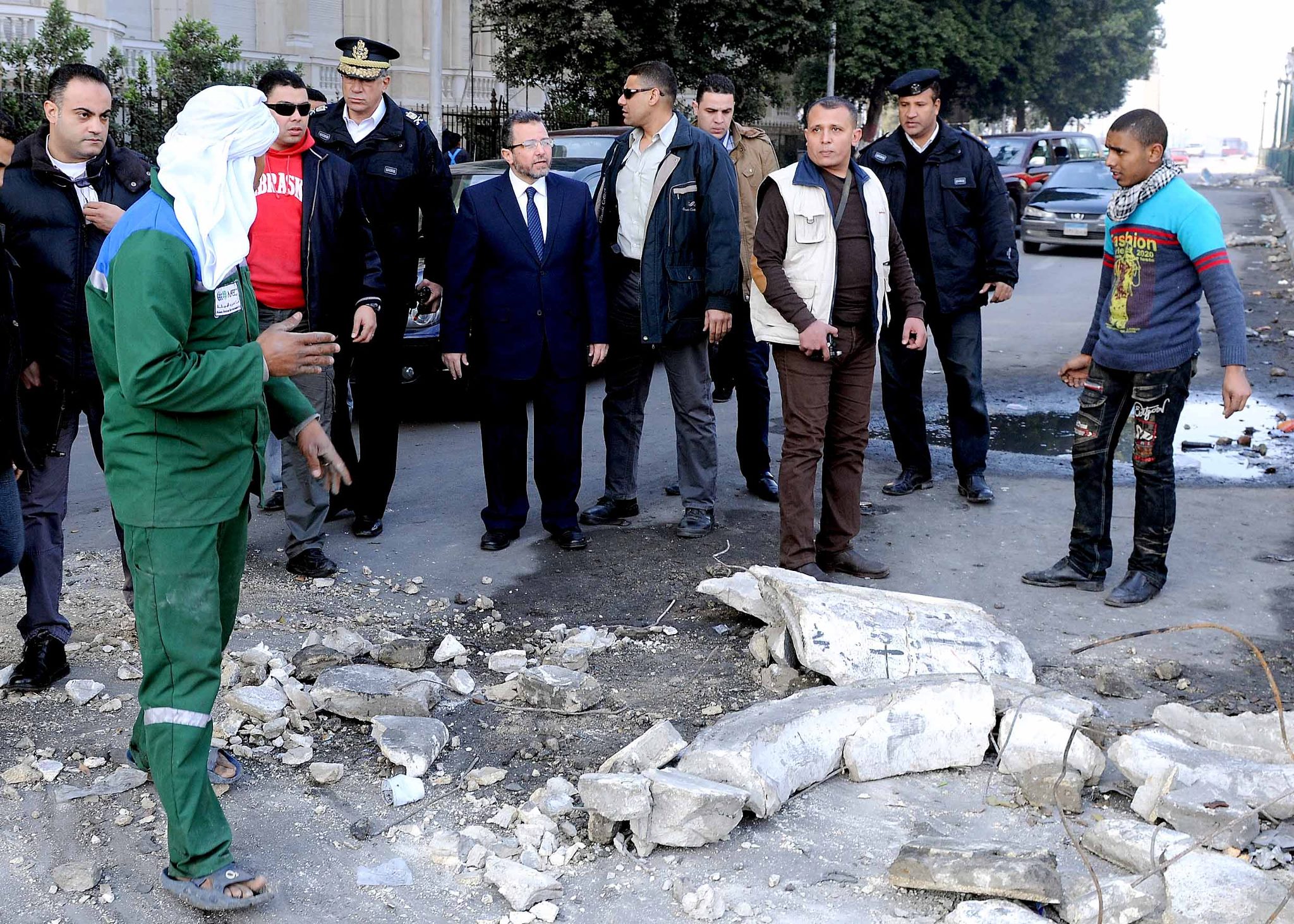 The Cairo Criminal Court found on Sunday five guilty of attacking the Presidential Palace and police officers during clashes on 12 January 2013.

Mahmoud Ahmed Atteya, also known as “Mahmoud the oppressed”, and Amr Alaa Abdel Dayem were sentenced to prison for five years and paying a fine of EGP 500. Both are fugitives.

Atteya was charged of attempting to murder a security officer by firing birdshot at him, injuring both his right eye and arm.

Antar Naguib Ghesh, Amr Ahmed Abdelhamid and Ragab Abdel Sattar Mohamed, all in custody, were sentenced to two years in prison with hard labour as well as criminal fines.

All eight prisoners were accused of attacking people surrounding the palace with guns and knives and setting three tents on fire, said Mahmoud Belal, a lawyer at the Egyptian Centre for Economic and Social Rights (ECESR) who was present at the time of sentencing.

The court postponed the trial of Arafa Mo’awad, who is in custody and being accused of destroying public property, to 16 September pending witness testimonies.

“Mo’awad was accused of destroying the gates of the Presidential Palace on 2 February,” Belal added.

Belal explained that news outlets released false information about Mo’awad driving a bulldozer into the palace, while in reality, the lawyer claimed, he was carrying a pulley as a symbol suggesting the people are capable of removing Mohamed Morsi from the presidency.

“Mo’awad will continue to stay in prison until 16 September,” said Belal.