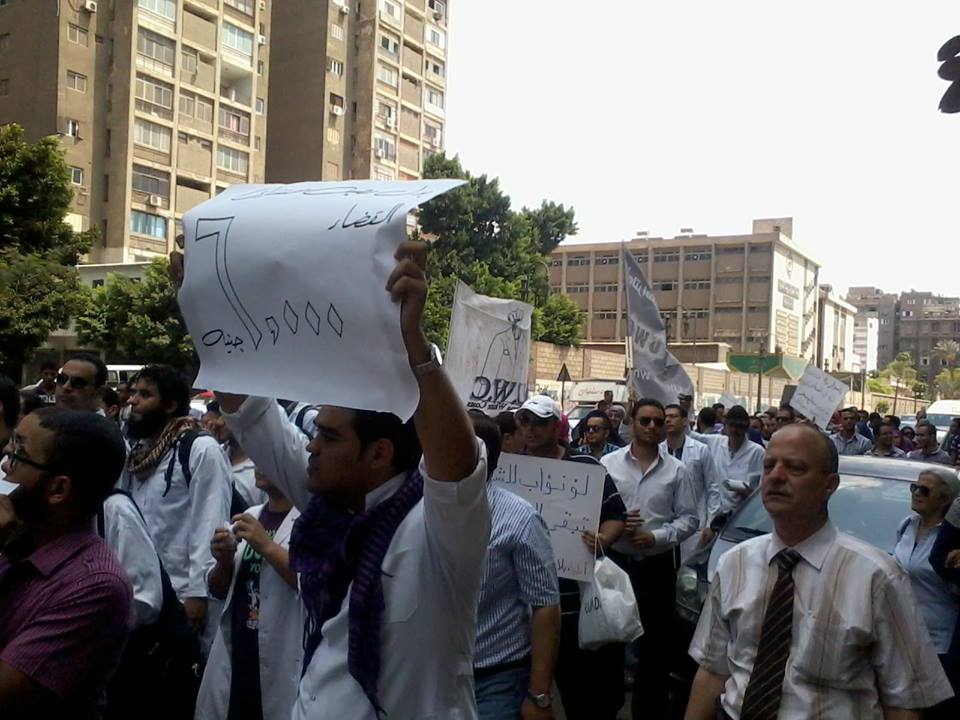 Members of the Doctors’ Syndicate began a sit-in near the Ministry of Health on Saturday.

The organisers, Doctors Without Rights and Ultras White Coats, requested that participants refrain from raising any partisan banners.

Mohamed Abdel-Sattar from Ultras White Coats said around 150 doctors will be taking part in the sit-in on Al-Falaky Street. He said the sit-in is not directly next to the Health Ministry because security barricades prevented the demonstrators from nearing the ministry building.

The protesting doctors have three demands, including: gradually raising the state-budget for health to at least 8%, improving hospital security, and fully implementing the Staff Law, a monetary and administrative law that would economically rank staff members according to their degree and working experience, starting 1 July.

Doctors have made these demands since October last year when they staged a partial strike. During a press conference in May, the Doctors’ Syndicate presented a new plan for securing hospitals.

“Patients are being humiliated… they have to go buy cotton and medication from outside the hospital,” Abdel-Sattar said. “We have one of the lowest state budgets for health in the world.”

The decision to hold the current sit-in, however, is independent from the syndicate. Abdel-Sattar said the reason for this is that the last assembly which suspended the strike has “let us down, unfortunately.”

“We cannot stand waiting anymore,” he said, adding that further action was possible.