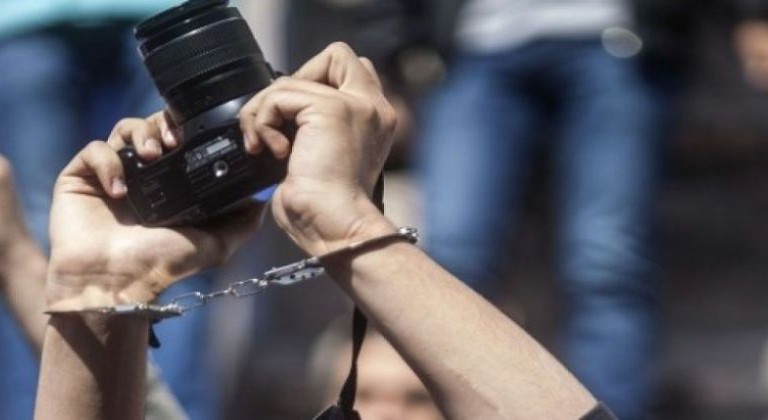 The Central Cairo prosecution ordered an additional 15 days detention pending investigation for three photojournalists, who were arrested on 27 September while shooting a video in the vicinity of the Press Syndicate in downtown Cairo, according to Association of Freedom of Thought and Expression (AFTE).

The photojournalists—Hamdy Al-Zaeem, Mohamed Hassan, and Osama El-Beshbeshy, who are working for Al-Nabaa newspaper—are accused of unlicensed photography, spreading rumours and false information, possessing illegal records, threatening the country’s stability and security, airing videos on channels affiliated to the Muslim Brotherhood, and belonging to the Brotherhood.

Al-Zaeem was previously sentenced in absentia to three years in prison on bail, a verdict which has worsened the photojournalist’s situation in this new case.

Over the past week, the Journalists Against Torture Observatory (JATO) documented 10 cases of violations against journalists during their work which included three cases of arrest, two cases of brief interrogation during the coverage of an event, and five cases of banning journalists from covering an incident.

Despite already being in custody, police storm journalist’s house inquiring after him