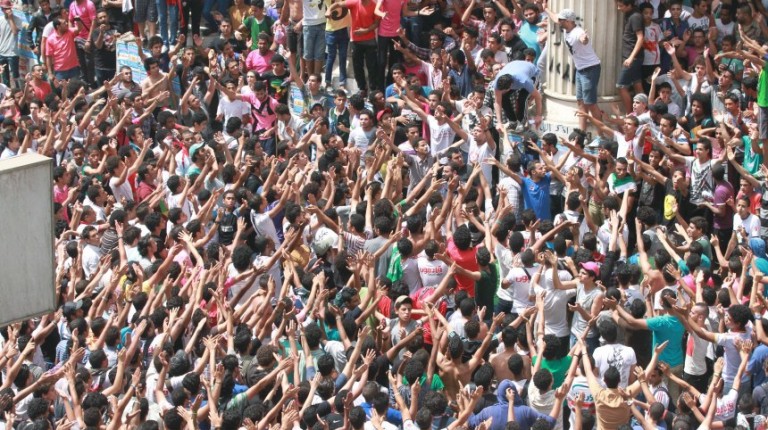 State security forces evacuated residents of Tal Al-Aqreb, located in Sayeda Zeinab near downtown Cairo, on Monday after which several homes were demolished.

The Ministry of Housing had previously informed residents that alternative accommodation would be provided to them in 6th of October City, but this has not been realised, according to the testimonies of Tal Al-Aqareb residents.

“Now they are destroying our homes, but no alternative is available to us. They put four families in one apartment that was built and planned for just one family,” Mohamed Qassem told Daily News Egypt on Monday.

Several residents in the Tal Al-Aqareb district have refused to leave their homes despite harsh warnings from security forces. They asserted that their homes were built legally and that they have the papers to prove it.

Water and electricity services were cut off before the beginning of the demolition process to force residents to leave their homes, according to testimonies.

“I live alone in my own home in Tal Al-Aqareb. The authorities informed me a week ago that I should be transfered to 6th of October, where the government will grant me an apartment. Now, they informed that I will join another family all together in one apartment. This is a violation of our traditions and religious principles,” Ahmed Ali, a resident who refused to leave his home, told Daily News Egypt on Monday.

Security officials who were at the site during the demolition told Daily News Egypt that the evacuation was carried out in coordination with Tal Al-Aqareb residents. According to officials, they will be transferred to a new housing area in 6th of October City where they will stay temporarily until Tal Al-Aqareb is gentrified and re-developed.

In Pictures: State continues demolition of homes in Sayeda Zeinab