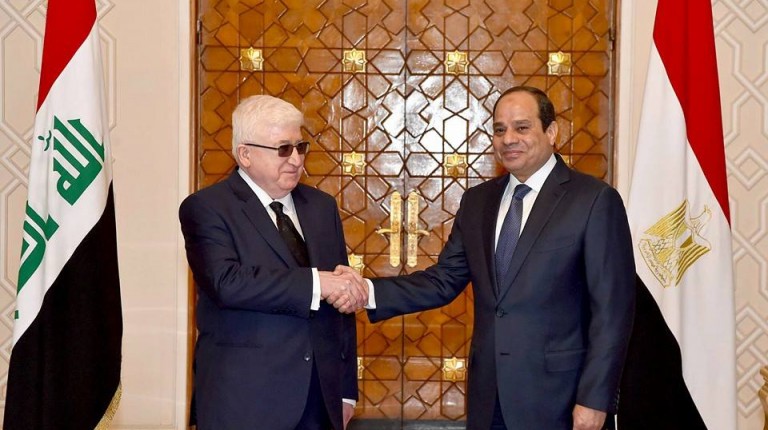 President Abdel Fattah Al-Sisi received the Iraqi president Fuad Al-Masum on Monday. The two leaders discussed security situation in Iraq and the efforts to counter terrorism in the region in addition to bilateral cooperation between the two countries.

During the meeting, Al-Sisi affirmed Egypt’s stance in support of the unity and sovereignty of the Iraqi state, and its commitment to supporting efforts to restore stability and security in Iraq, according to a presidency statement.

The Iraqi president expressed his appreciation for the Egyptian role in enhancing efforts to contain current crises in the region.

The two presidents discussed the latest updates of the Arab region, as they also discussed the means to activate bilateral agreements between the two countries in the fields of industry, agriculture and infrastructure.