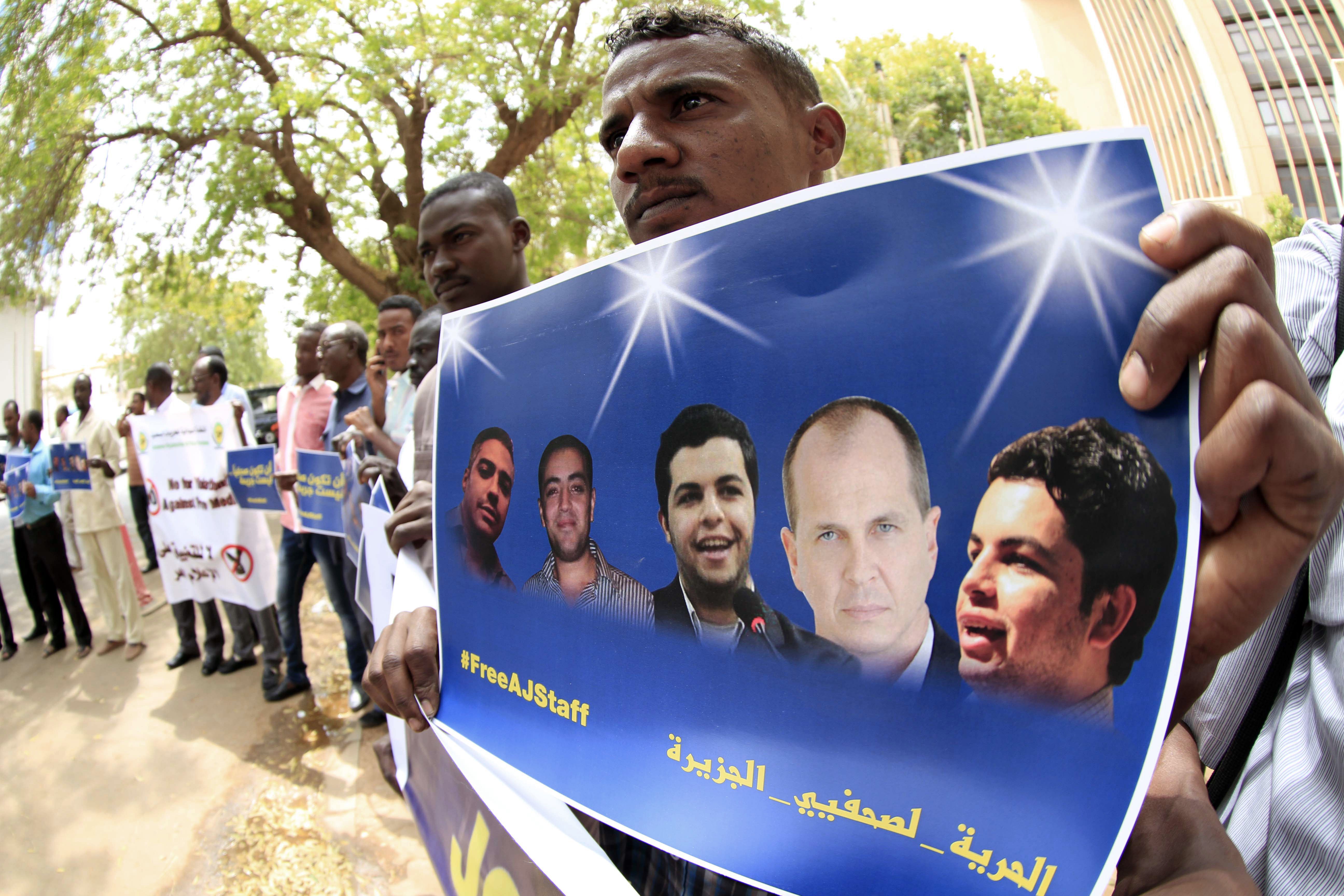 By Jake Lippincott
The trial of 20 journalists, including nine Al Jazeera reporters, is scheduled to commence again on Wednesday after being postponed on 21 February. The journalists are facing trial in the case dubbed by the prosecution as the “Marriott Cell” affair; all but three of the journalists will be tried in absentia.

Canadian-Egyptian bureau chief Mohamed Fadel Fahmy and Australian correspondent Peter Greste were arrested from two rented suites at the Marriott Hotel in Zamalek, which they had been using as a base of operations, on 29 December. Egyptian producer Mohamed Baher was arrested on the same night from his house in suburban Cairo. All three work for Al Jazeera English.

A fourth Al Jazeera journalist, Abduallah Al-Shami, who works for the channel’s Arabic service has been in custody since he was detained during the 14 August dispersal of sit-ins supporting former president Mohamed Morsi at Rabaa Al-Adaweya and Nahda squares. Al-Shami has not yet been charged with any crime and will not be tried today.

The trio on trial Wednesday were referred to trial in January with charges of “broadcasting false news” and “aiding a terrorist organisation”, among other charges.

Early in February, privately funded Al-Tahrir channel aired a video of the journalists’ arrest from the Marriott Hotel. The video showed the journalists being questioned without lawyers, with dramatic music playing in the background, along with the equipment they used to perform their job. Al Jazeera channel criticised the video, describing it as “an attempt to demonise its detained staff”.

The arrests set off widespread international condemnation among journalists and human rights groups. Journalists and activists have held protests over the last week in cities across the world, demanding the release of the detained reporters.

Gamal Eid, a lawyer for the Cairo based Arab Network for Human Rights condemned the trials accusing the government of “trying to silence journalists” and saying that freedom of the press in Egypt now is the worst it has been in 20 years. He also added that he expected the journalists to receive at least 7 years in prison.

“Journalists should not have to risk years in an Egyptian prison for doing their job,” said Joe Stork, deputy Middle East director at Human Rights Watch. “The prosecution of these journalists for speaking with Muslim Brotherhood members, coming after the prosecution of protesters and academics, shows how fast the space for dissent in Egypt is evaporating” he said.

As Sudan protests erupt, Khartoum turns to UN over border disputes with Egypt